One of D.C.’s iconic bi-partisan events is going online — and thus accessible to the entire nation for the first time ever. (Thanks for the COVID silver lining STC!)

Each year has an original script. This year’s is written by playwright, director, and actor Nat Cassidy (Any Day Now, Old Familiar Faces). 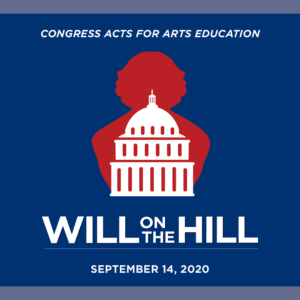 Audiences will laugh out loud over two congressional aides (of opposing parties) in the midst of a clandestine bipartisan romance — star-crossed lovers like Romeo and Juliet to be sure. But add in  contemporary politics to the Shakespearean verse, turbulent times, and well… 2020, and it’s a celebration of the Bard that somehow just makes sense.

And for the first time ever, audiences can pay any price they choose — aka Pay What You Will — though you should know that all proceeds benefit STC’s education and community engagement programs.

“Our Congressional cast is volunteering their time and talent because they know that the arts can change lives,” states Senior Director of Engagement and Education Samantha Wyer Bello, who will direct this year’s play. “This unique show couldn’t happen without a team of imaginative professionals doing what they do best, be it in performance, in fundraising, or education. My hope is that we build a joyous experience that allows us to laugh and also remember why the arts matter.”

The event begins at 6 p.m. with a VIP Virtual Pre-Show Reception to be followed at 7 p.m. by a Virtual Performance. The evening’s broadcast will also feature students from STC’s Virtual Camp Shakespeare, the company’s popular summer-long program that brings Shakespeare’s plays to life for children ages 7 to 18—a key demonstration of the educational programs supported by Will on the Hill’s fundraising efforts.