Day of the Dead?  More like a Celebration of Life!  Oyamel kicked off its seasonal festival with a Day of the Dead Party last week to give special guests a preview of what to expect during its frightfully festive foodie month.  Oyamel chose to celebrate life — honoring Mexican singer, actor, and icon, Pedro Infante.  Cocktails and dishes were inspired and created with Pedro Infante’s life and culture in mind. 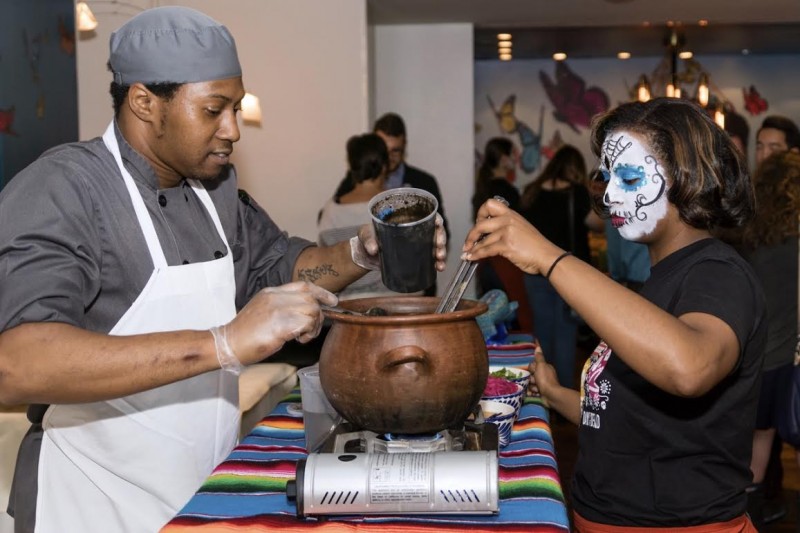 Two signature cocktails were created — the first of which, “The Solider,” was inspired by the first song of Pedro Infante… and his love for onions.  The tequila-based drink featured onion-infused honey, marigold flower, and other ingredients to really bring a refreshing and unexpected floral citrus flavor.  The second signature cocktail was the “Funeral at Yucatan,” which was the celebratory farewell cocktail served as an Infante tribute.   The drink featured tequila, Ancho Reyes liqueur (a sweet and spicy liqueur from Chile), espresso, egg white and more.  Just the pick-me-up everyone needs after a work day to begin celebrating! 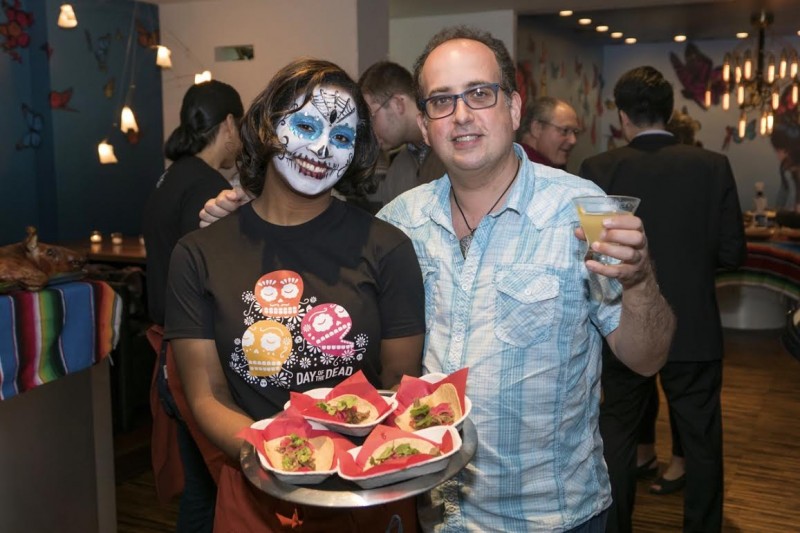 “Always excited to do this event,” Chef Colin King shared as he was explaining what his favorite signature bites were that he created.  One of the popular featured bites among guests were the Tamarind Ceviche, which featured a Hawaiian sunfish with onions, cilantro, and tamarind sauce.  A roasted pig was also featured to provide everyone pork tacos, which presented a smokey and spicy flavor from the chili’s Chef had imported.  However, Chef Colin King shared that the one bite he particularly enjoyed making was the  Pato con Glaseado al Xtabentum, which is a mini taco featuring braised duck and a Xtabenutm glaze!  If you didn’t know… Xtabentun is a flower that grows wild on the Yucatan peninsula and then made into a liquor.  Chef shared that they specifically brought bottles from Yucuatan where Infante passed away and currently has a memorial in his honor. 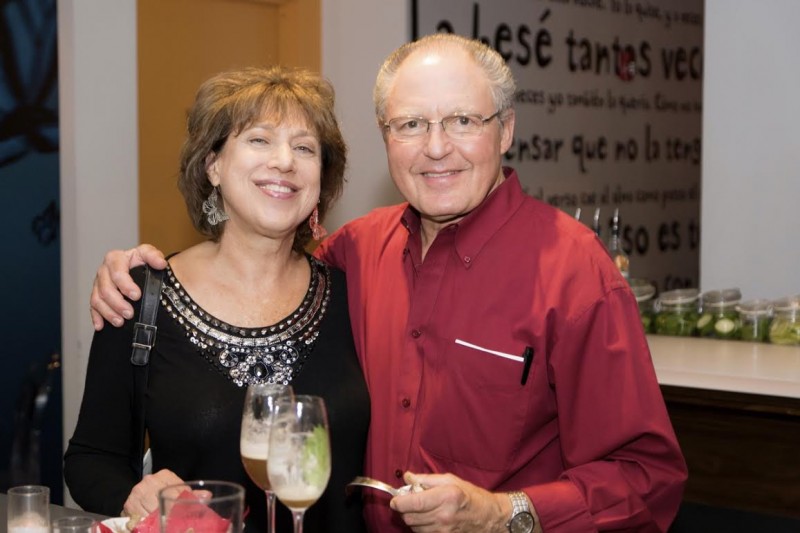 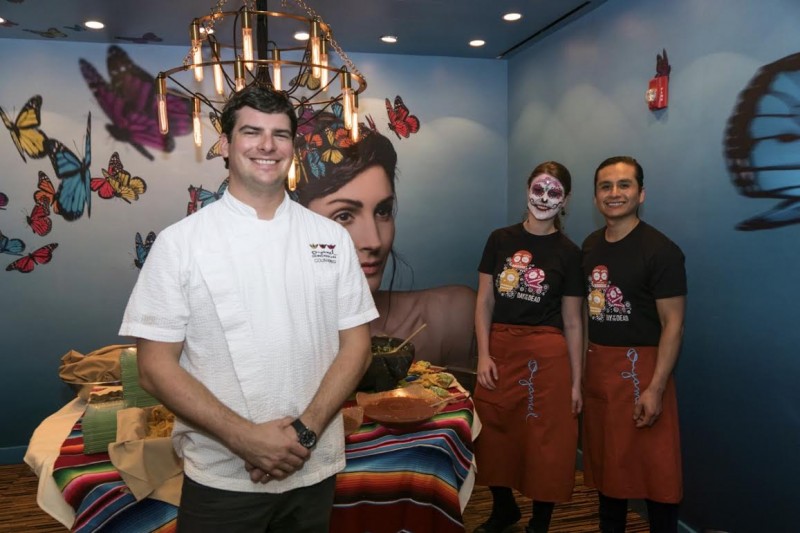 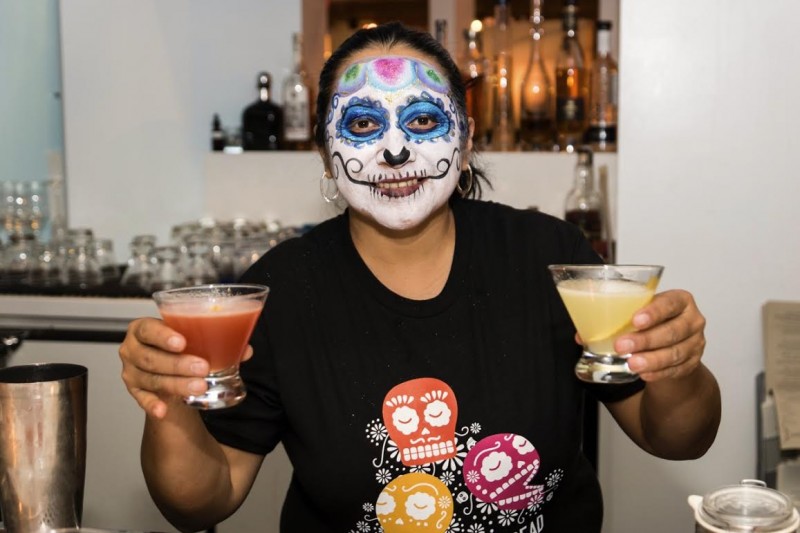 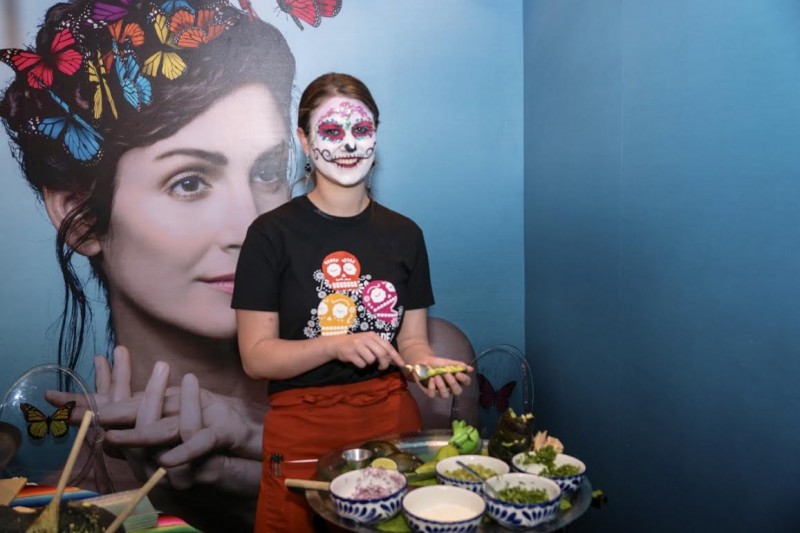 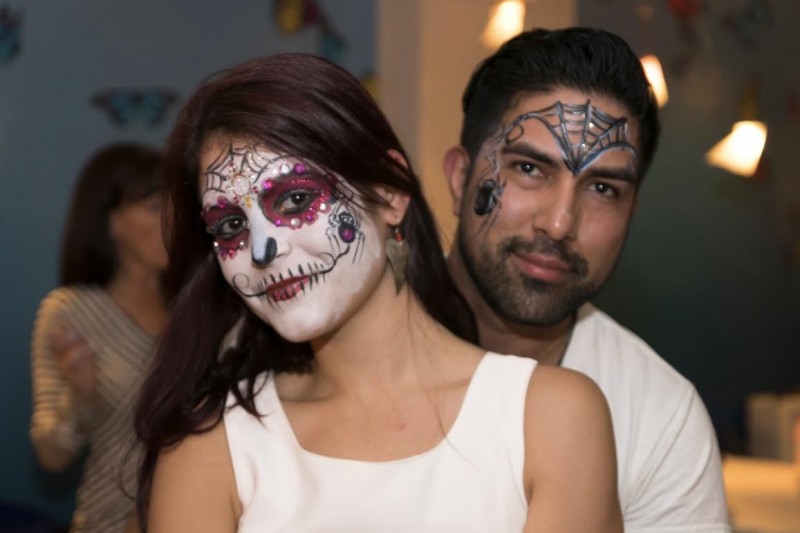 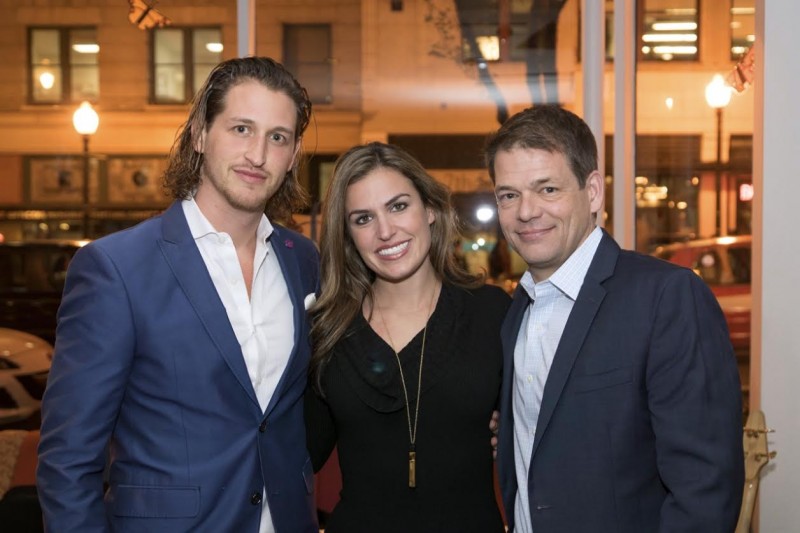 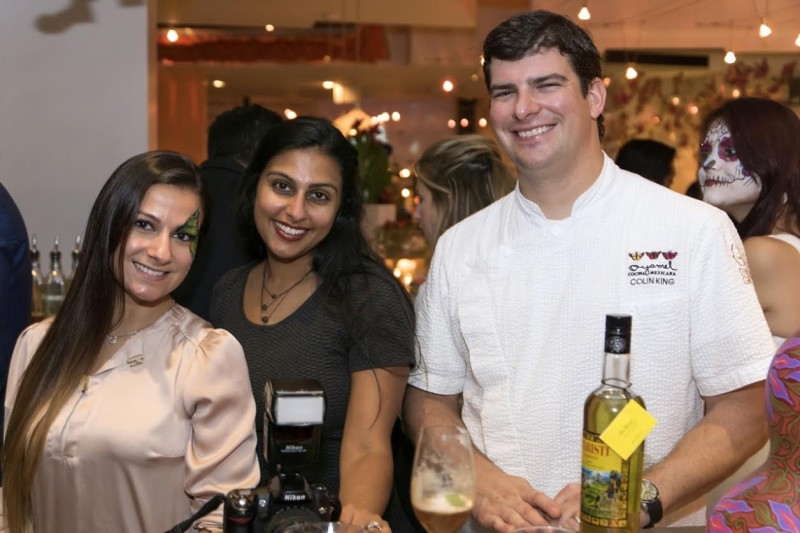 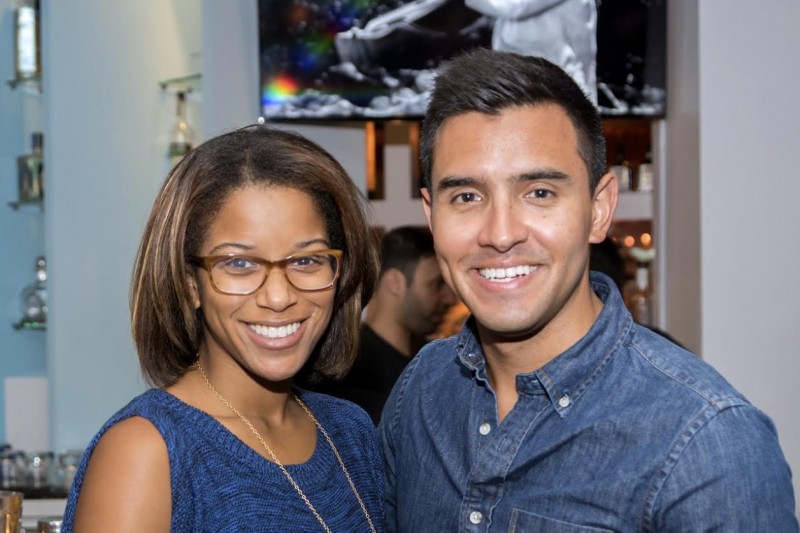 Previous Post: Warning: Pictures of Pork Ahead… from Cochon555’s Heritage BBQ
Next Post: Inside the USO Gala: Stars, Stripes and Service