This Sunday, the region’s finest restaurants and residents from across all communities, teamed up at the Capital Area Food Bank’s Blue Jeans Ball to raise $345,215 — enough to provide over 863,000 meals to children, parents, seniors and working adults across the Washington area. Easily my favorite event to cover in the past three years, the Blue Jeans Ball embodied a genuine altruism for Washington that is so rare to find amongst most large-scale fundraising.

The attendees were not only typical gala-going donors but people from all different walks of life united under a common purpose. The event’s refreshing ambiance can be summarized by the only tux in sight — a Canadian one.  Attendees were greeted by the sounds of local group, “Soul Food” and later enjoyed the harmonious voices of the Allen Chapel AME Church, a large community partner for The Capital Area Food Bank.

Attendees relished in a vast variety of drinks, desserts, and delectable small plates while an informational slide show played in additional to music from DJs John Jazz and Miss H.E.R.

One of the slides featured our First Family helping out The Capital Area Food Bank. CAFB tipped their hat to First Lady Michelle Obama by making her the honorary chair of this year’s Blue Jeans Ball.

Amongst this year’s over 40 partnering businesses, were DMV favorites like Ice Cream Jubilee, Sotto and Restaurant Eve.

ABC-7’s Scott Thuman emceed the night and presented an award to Barry Scher, a founding member of the CAFB and an originator

of the Blue Jeans Ball.

Scher reminisces, “To think that we started off in the cafeteria of Catholic University! Now attendance has increased tenfold. Who would have thought 10 years ago we could fill one of the largest ballrooms in the city?”

Scher and The Capital Area Food Bank’s Blue Jeans Ball have done so much more than just filling that ballroom. Thanks to their work, 14 million pounds of fruits and vegetables have arrived on tables across the Washington area and with over five million provided meals, the BJB is taking “hunger off the map”.

The 13th Annual Blue Jeans Ball’s authentic uplift reminds us that you can’t put fundraising in a box… but you can put it in jeans! 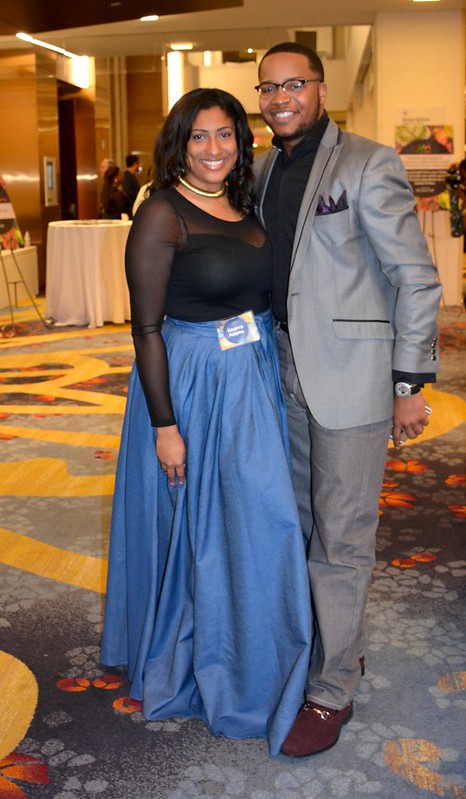 Previous Post: A Celebration of International Women’s Day
Next Post: Annie at the National: Don’t Wait for Tomorrow!