Allison Gittings has been a DC local and contributor to K Street Magazine for almost four years. The best part of DC? Seeing the DC skyline on monument runs, Capital City Bikeshare, visiting museums, exploring new parts of the city and of course, trying new restaurants and cocktails. Even though she adopts a vegetarian lifestyle, she eagerly reports on the most popular and clandestine foodie hot spots in the District.

Wednesday night, Oyamel began its celebration of the ancient annual tradition, “Dia de los Muertos” — or Day of the Dead. It’s an ancient Mexican tradition that celebrates the dead by enticing souls to linger with food, drink and 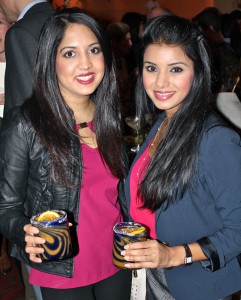 Not only did Oyamel please the dead (and Festival opening party guests) by offering indigenous traditional Mexican recipes, they 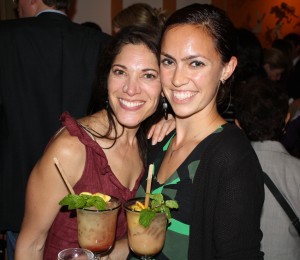 also made some sacrifices! GM Michael Iglesias explained the Mexican traditional belief that everyone is assigned at birth a spirit animal — or Nahual — which is responsible for protection and guidance. In celebration of the Dia de Los Muertos,Oyamel’s dishes are offerings to the dead, celebrating spirit animals on traditional Day of the Dead altars.

Oyamel might give traditional foods a modern twist, but the Dead (and again those guests!) were pleased that venison, rabbit  turkey, chicken and even some squid ink were featured ingredients among the offerings. 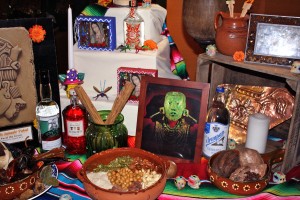 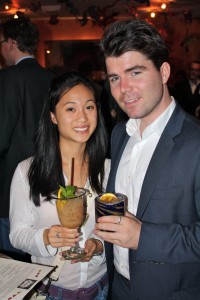 Some “sacrifices” not to be skipped: The Carne Apache de Corazon de Venado features venison heart with sweet onion, pickled cactus, serrano chile cilantro and pasilla de Oaxaca chili oil. Anoint it with the Sacrifice cocktail, a house-infused turkey el jimador reposado orange curacao, lime juice and mole bitters. And a what would a Mexican restaurant be without traditional tacos? The Taco del Camote y Pozole, which had tender local sweet potatoes and hominy sautéed in butter, shallots and achiote with a peanut mole and crispy sweet potato strings, was a crowd favorite.

In honor of the end of the Mayan calendar, this year Oyamel honored the Mayan leader, K’inich Janaab’ Pakal, or Pakal the Great, who ruled the Mayan kingdom of Palenque, for its Dia de los Muertos celebration which runs through November 2nd.