“Your legacy is every life you’ve ever touched,” said Oprah Winfrey, in Washington, D.C. Thursday afternoon serving as the keynote speaker for N Street Village, a women’s recovery community, at its 10th annual Empowerment Luncheon.  This, before surprising the heck out of the room by pledging a cool $1 million to the Village and its mission to help homeless and low-income women achieve personal stability and success. 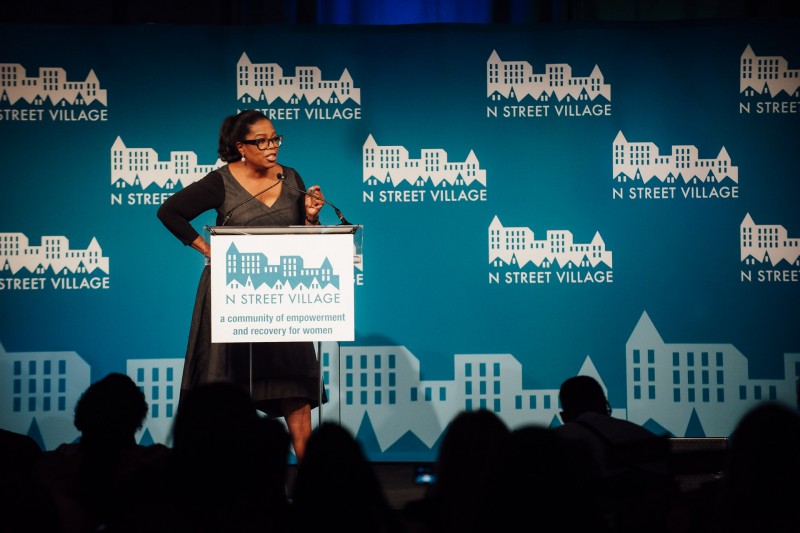 Prior to taking the stage, the media mogul and motivator — wearing a simple black and grey dress, sleek ponytail and glasses — sat among supporters and community residents, listening to the program from a table in the middle of the ballroom.   She enthusiastically joined in a rousing standing ovation for Lolita Mitchell, featured N Street Village resident, after the testimony of her life transformation.  And as a push to fill out pledge cards was given, Oprah reached for her pen. 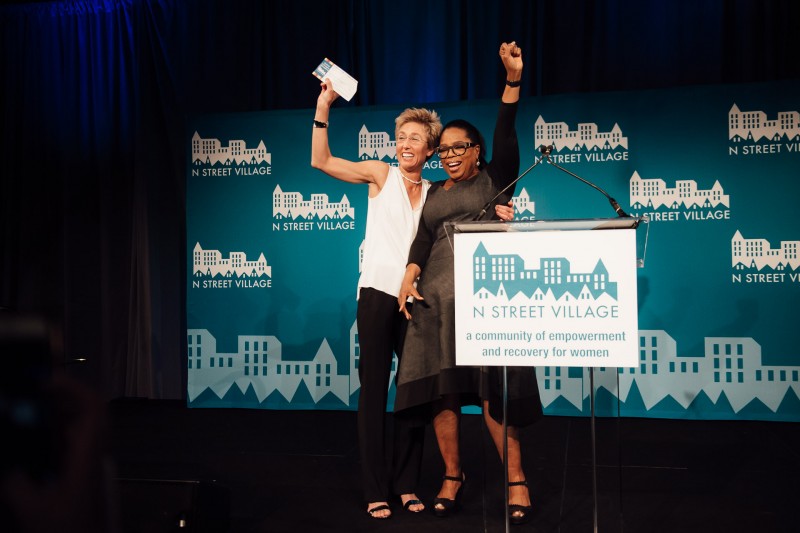 In her remarks, Ms. Winfrey spoke about her commitment to intentionality; how being intentional in her own decision-making had changed her life, and called national model N Street Village an “intentional organization.” 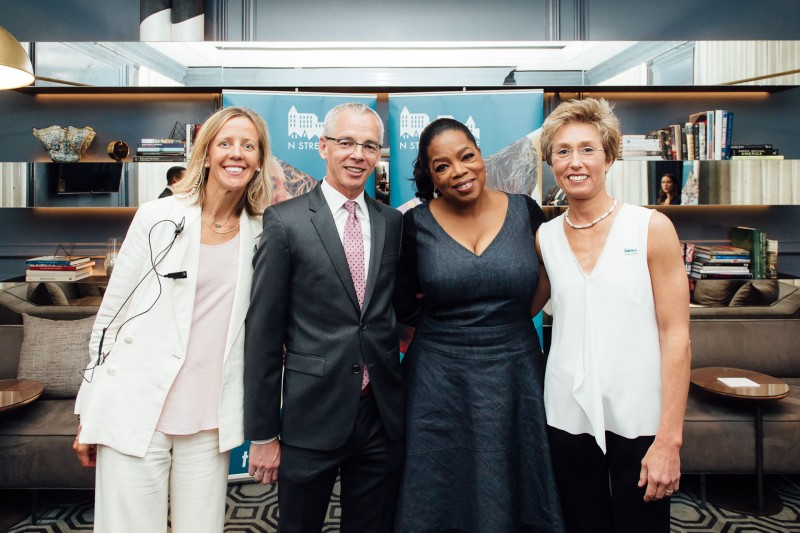 “In life, we all want to know: Do you hear me? Do you see me? Everyone who works at N Street Village understands… They know that every woman who comes through those doors wants to be seen, heard, and to know that her life matters.”

And she included a parting gem of Oprah wisdom: “Success is being able to stand in the truth of yourself… and do that with a sense of contentment and joyfulness.” 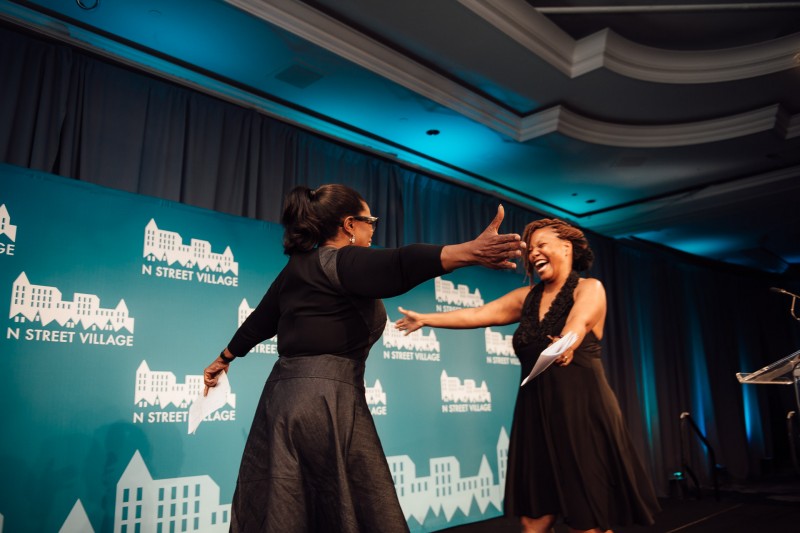 **This piece by Kate Michael first appeared on Pursuitist

Previous Post: Ivy Room Opens in the Republic Restoratives Distillery
Next Post: What’s Up With Those Sculptures Popping Up in Foggy Bottom?!