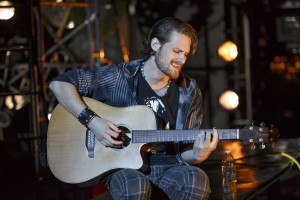 Two decades after the Tony Award-winning musical RENT premiered on Broadway, the show has kicked off a year-long anniversary tour — and that tour brings it right here to Washington at the National Theatre!

Based on the traveling performance of the show, the “RENT-head” community stands strong and proud. The opening night house was packed, and if your neighbor on one side wasn’t bopping their head along to the music, they– or someone in the row over– was outright humming the tune.

And it’s easy to see why. The show is at once funny and serious, hopeful and heartbreaking, and filled to the brim with powerful vocals and energetic solo routines (Mimi Marquez, played by Skyler 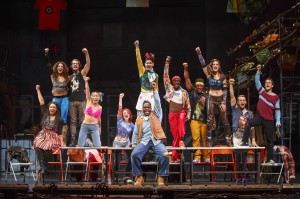 Volpe, absolutely slays her breakout dance in “Out Tonight”). At the show’s end, the cast was rightfully met with a thunderous standing ovation.

That said, it’s hard to tell how much of the audience ecstasy is rooted in nostalgia as opposed to the staying power of the script.  RENT is more a series of vignettes than of concrete plot points– a snapshot of a time in American history when grunge music reigned and the AIDS epidemic peaked. Will another more modern, as yet unwritten 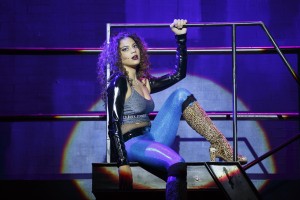 remake of Puccini’s La Boheme one day dethrone this beloved piece? Hard to say, but it’s worth seeing this iteration of it regardless, “No Day But Today.”

Previous Post: A Rooftop Grand Opening For the Insignia on M
Next Post: Will on the Hill Raises Over Half Million!