The sneaky little secret about Beaujolais is that the big deal made about the product of the first pressing — Beaujolais Nouveau — is a bit of a marketing ploy. 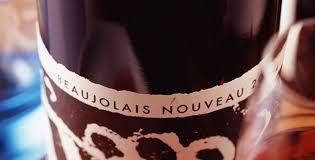 In fact, while the nouveau gets all of the attention with its debut on November’s third Thursday (the 20th) , there’s just as much beau in the more complex Beaujolais wines that are aged longer in oak barrels prior to release.

Now, we’re all for partying in honor of that first press, but for those who also want to try some of the finer vintages, Slate Wine Bar Owner/Sommelier Danny Lledo will be leading private at-the-table tastings of the 2014 Nouveau and three choice Beaujolais for guests on Thursday, November 20th from 5-8 pm.  ($15).

The full dinner, cocktail and wine menu will also be available.

Thats right — nouveau isn’t all there is to the Gamay grape!

Previous Post: Win Tickets to Billy Elliot: The Musical Live: From the West End
Next Post: Star & Screenwriter on Hand For DC’s “The Theory of Everything” Premiere