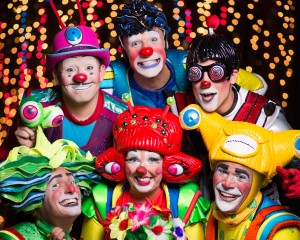 The iconic Ringling Brothers & Barnum & Bailey Circus is closing up shop this May after nearly 150 years on the road (or, rails, actually). But they are not going quietly, and DC-area residents were given one last chance to experience the Greatest Show on Earth for themselves at the Verizon Center. 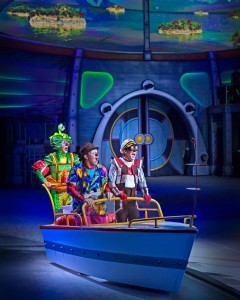 It’s “the most spectacular show that they’ve done in years,” said Joe DeSoto, a member of Ringling Brothers’ “Clown Alley” in an interview with KSM before the weekend of shows. Called “Out Of This World,” the show begins with a circus “Starseeker” named Paulo, who uses a Magic Telescope to find the galaxy’s greatest performers. The futuristic theme is one element that sets “Out Of This World” apart, explained DeSoto. “Especially technologically, it’s way more than they’ve 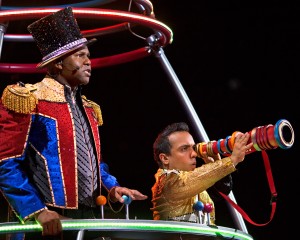 achieved in any other show.”

The other element? Ice. For the first time ever, one of the traditional circus rings will be an ice rink, where audiences will see high-flying acrobatics and other acts specially fitted to skates.

“One of the really cool things about the ice,” added DeSoto (who had to learn to ice-skate last year for the performance!), “is it picks up projection really well… and allows the show to go to different environments.” 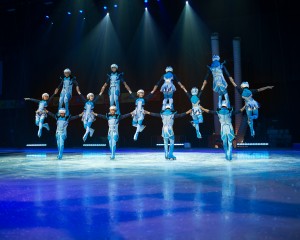 The Greatest Show on Earth’s last hoorah may be extra spectacular, but it’s still about fun and play, no matter your age. As DeSoto explained, “At a certain point when we become adults we become serious and we don’t have to fun anymore—or we allow other things to get in the way. For me, clowning is a lot of breaking down those walls.”

If you’re looking to be a kid again, this last chance is your big chance.