The National Geographic Headquarters in DC played host to Academy Award winning director Davis Guggenheim‘s (“An Inconvenient Truth”, “Waiting for Superman”) greatly anticipated documentary premiere of “He Named Me Malala” on Monday night. Fresh off of receiving positive reception from both the Telluride and Toronto International Film Festivals, Guggenheim looked forward to showing the film in Washington. 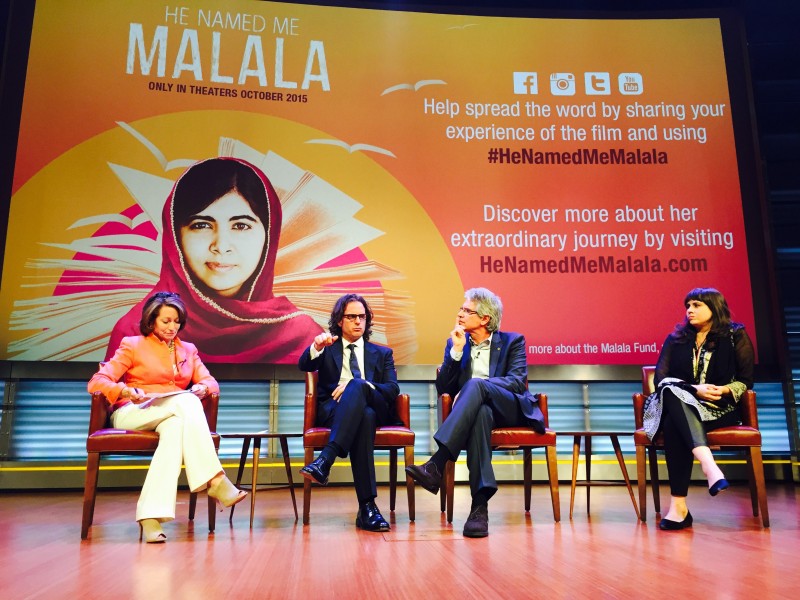 In October 2012, when she was only 15 years old, Malala Yousafzai was shot by a member of the Taliban who called her by name in Swat Valley, Pakistan on her school bus. Malala had spoken out about the ban on girls’ education by the Taliban in Swat.

The film is titled “He Named Me Malala” because Malala’s father, Ziauddin Yousafzai, named her after the Pashtun Heroine Malalai, who, believe it or not, spoke out and was killed for it. 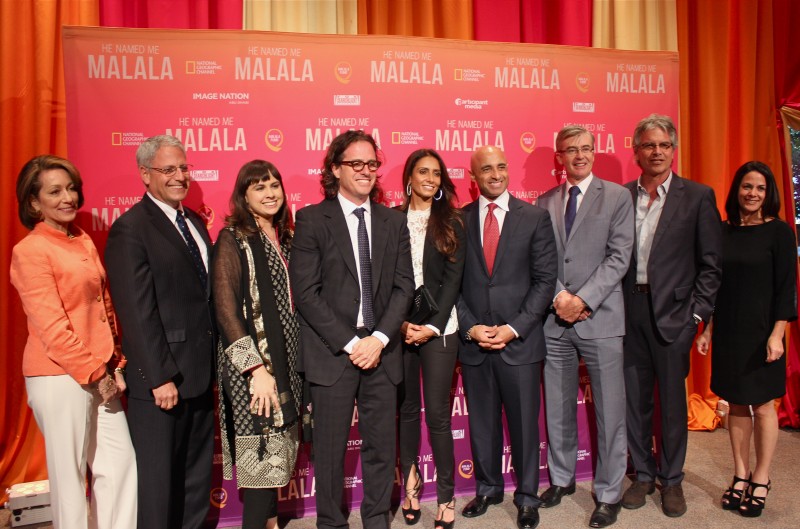 Many have heard or read Malala’s story, but do they know Malala as an ordinary girl — one who teases her brothers, Khushal Khan and Atal Khan, or does her homework all night when she’s not winning the Nobel Peace Prize? “He Named Me Malala” explores Malala and her family as a family, and Malala as a teenager.

“She’s fully a young woman and she’s fully a leader, and maybe it’s overdue that we stop thinking that those things can’t live in the same space. Why can’t they?” said Meighan Stone, President of the Malala Fund. 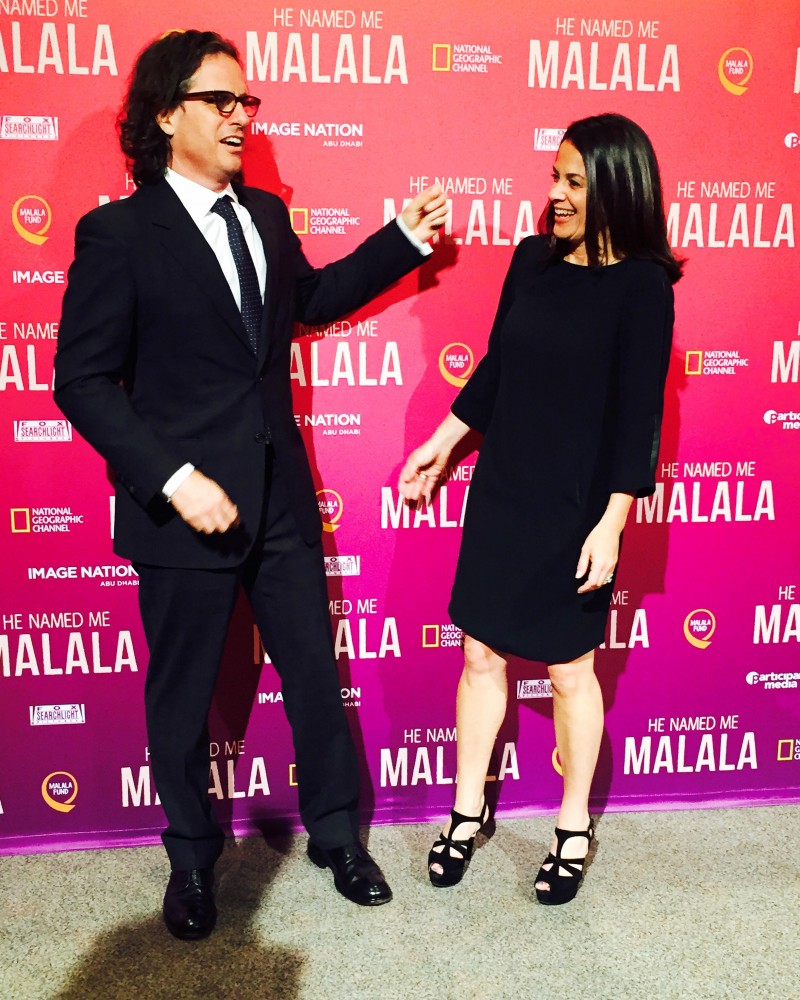 When producers Walter Parkes and Laurie MacDonald bought the rights to turn Malala’s book I Am Malala into a film, Parkes had every intention of it being a casted, feature film — until he met Malala and all of that changed.

“Who could play Malala?!” said Parkes. “The real decision had to do with meeting her and realizing that a) there was no girl on the planet that could play her, I mean she is truly a category one — and that the truthful way, the honest way, the powerful way to tell the story is to let her be part of telling her own story and do it as a documentary.” 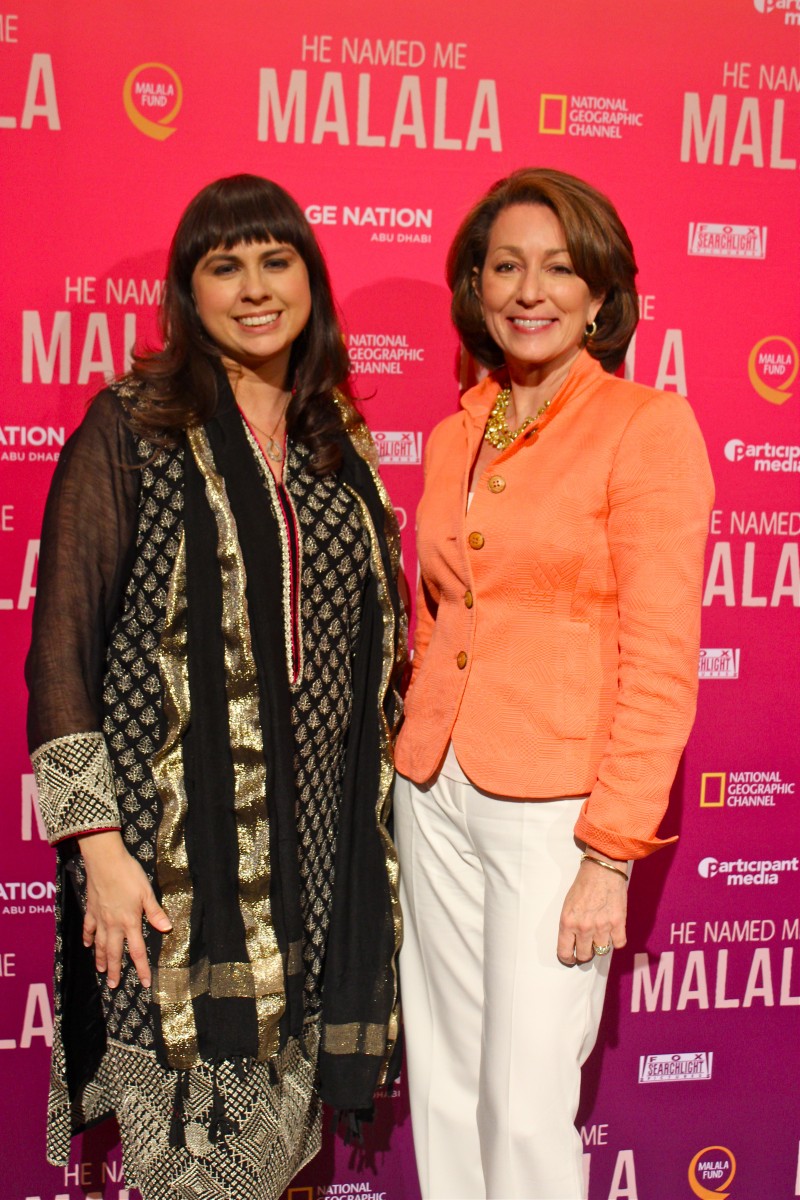 “I have two daughters, and when I read about Malala and her father I really wanted to understand what was so special about them. What was it between this father and this daughter that created this special girl? Because I kind of want to be that kind of father,” said Guggenheim. “This is a father daughter story that I hope will challenge other people. I go home and say, ‘Well do I treat my daughters the same as I do my son?’ I feel like I can do better.”

Guggenheim spent two years with the Yousafzai family from the beginning stages of the film until they wrapped.

“It’s a great privilege of my life to make this movie,” said Guggenheim.