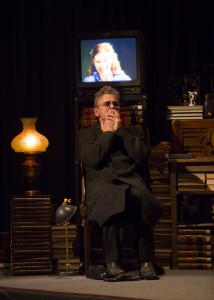 Man in a Case, an adaptation of two short stories from Anton Chekhov, weaves together snippets of video, live music and (frankly not enough) dancing to tell the humorous and despondent tales of  “About Love” and “Man in a Case.”  The stories are shared via late night chat between a pair of hunters.  First they laugh over town “freak” Belikov, a professor of Greek and an unsociable man whose mannerisms and way of living suggest he is “encased,” though they attempt to set him up with an extroverted woman named Barbara.  Do opposites attract? 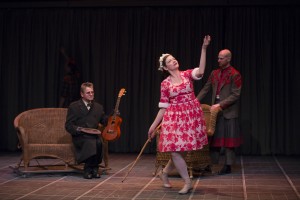 protagonist (Baryshnikov) gives up his love for a married woman.  Mixed media and projected dance pieces in this portion ultimately make it the most mesmerizing.