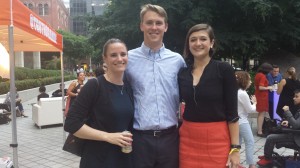 MCON returned to DC this week.  And along with its DC version 2.0, it brought together millennial leaders in politics, comedy, social good, the arts, startups, and more for two days of interactive programing and events. Of course there had to be an evening celebration…  but this wasn’t your typical party.

For example, MCON held a block party on Monday night, hosted by La Croix and Truth Initiative, where in the midst of music and drinks was the opportunity to have thoughtful conversations about their conference in the earlier days that many of 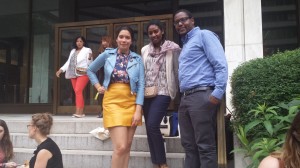 the people at the party attended.

The conference, which was sold out, was an opportunity for people, especially people who care about social change, to learn about important issues. Speakers at the conference came from a variety of places – local celebrity chef Spike Mendelsohn was included in the roster, but there were also people such as Maria Teresa Kumar from VotoLatino, Quinn Tivey from The Elizabeth Taylor AIDS Foundation, and Tipiziwin Tolman of Sitting Bull College who made the list. 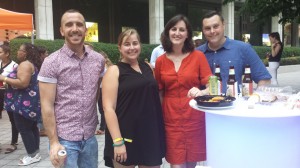 The conference attracted a significant number of millennials. Gigi Raffo, 25, is one of the young professionals who attended the conference and found it enlightening. She learned about the importance of criminal justice reform and how private jails are trying to make profits. “It was amazing,” she said.

Lucas Turner, 26, is another nextgen attendee who benefited from the conference. He said it was the kind of environment that encourages the abilities to gather inspiration, share ideas, and collaborate with others, especially, in his case, with nonprofits and social enterprises. 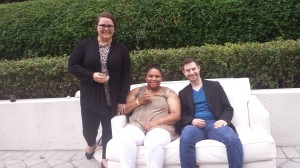 “I learned a lot,” he said. Among the things he learned included the importance of being passionate about the causes that one is organizing.

The MCON block party was an opportunity to learn about the myriad things that millennials are doing with their lives and show that for each of these people, they have the power to make a difference.