This story of hope and humanity comes from the most despairing prison cell.. and you just might find yourself singing along!

Man of La Mancha, now on stage at the Shakespeare Theatre Company’s Harman Hall, may take place in a giant and imposing jail cell during the Spanish Inquisition, but audiences still manage to leave dreaming “The Impossible Dream.”  It’s a play-within-a-play that starts off in a dark place and continues with a sprinkling of troubled maidens, monsters, brave knights, and the most loyal of companions. 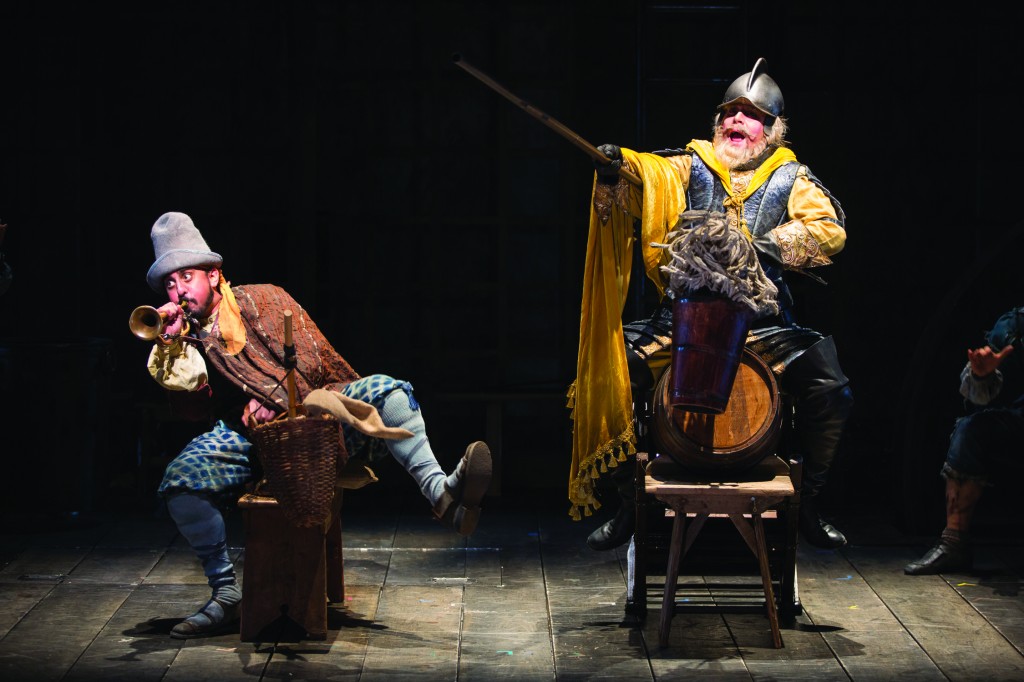 The scene opens upon thieves, murderers — and those who are about to be asked to confess to goodness knows what — all waiting to be summoned, weighed, measured, and almost without a doubt, found wanting.  As Miguel de Cervantes (Anthony Warlow) is thrown into this cell, the novelist/poet/actor/playwright, is asked to take stock of his own life and be pre-judged by the violent masses before even stepping foot before the ominous jury of the Inquisition.

Deemed guilty before this makeshift court of opinion, the prisoners want to destroy his manuscript — his life’s work — and so to save it, Cervantes convinces them to act out the story inside… his unpublished, and as yet unfinished, adventures of Don Quixote de la Mancha. 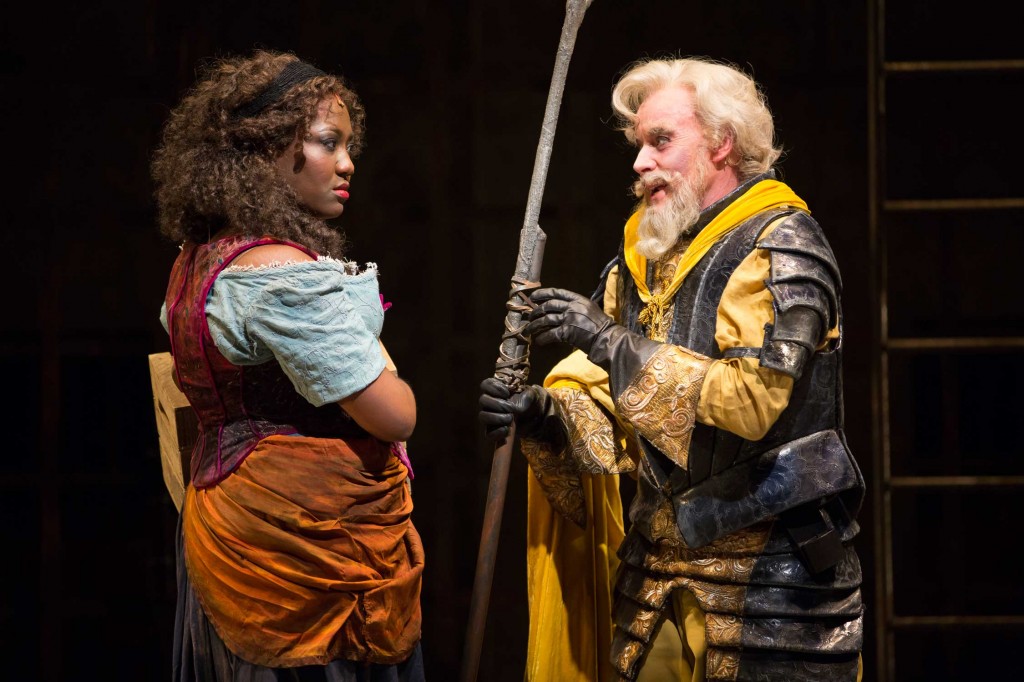 While the musical follows the story of Don Quixote, it is not an adaptation of the novel.  In this ruse, it is Cervantes who is jousting at windmills and attempting to prove to an unwavering mob that its is not craziness or folly to dream an impossible dream.

Different from so many other musicals of its day, this rousing performance may not have the traditional dancing chorus and flashy foundations, but each song rings true, and you’ll delight in the fight and spirit of Aldonza (Amber Iman) and the steadfast loyalty of Sancho (Nehal Joshi). 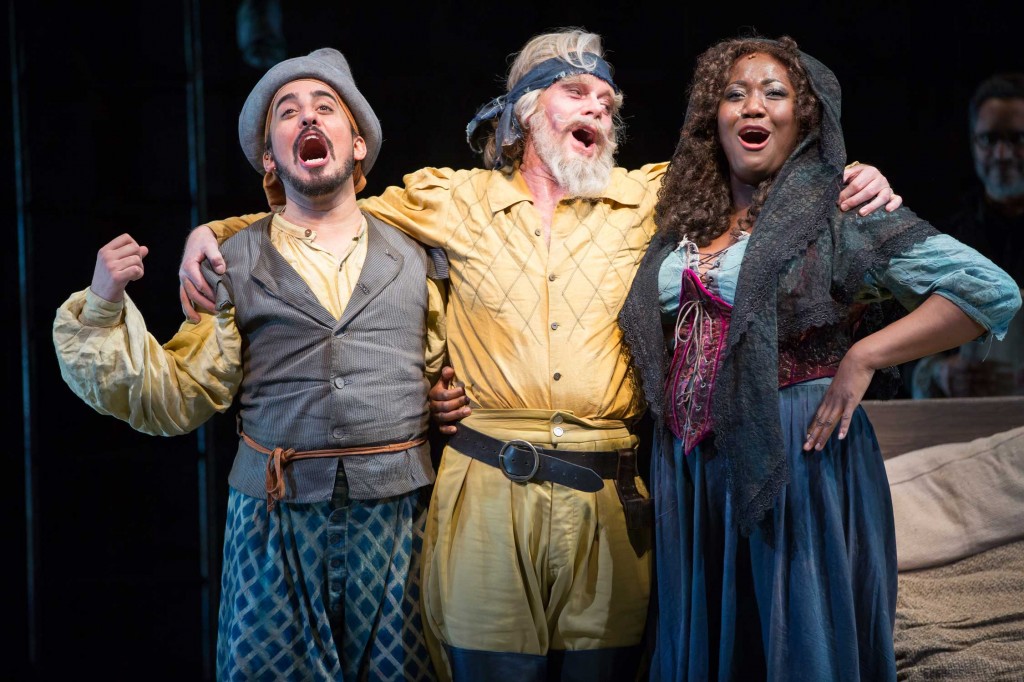