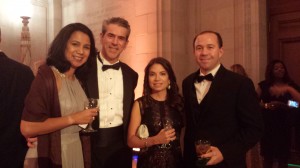 Greta Kreuz — on hand at LUNGevity’s 5th annual Musical Celebration of Hope Gala at the Andrew W. Mellon Auditorium last week — has interviewed people about lung cancer… but perhaps no one would have suspected that she herself was diagnosed with the disease.

The annual lung cancer benefit gala was awash with supporters, with more than one featured speaker personally acknowledging someone who was diagnosed with lung cancer, like Kreuz.  LUNGevity President and Chairman Andrea Stern Ferris lost her mother to lung cancer; CEB Chairman and CEO Tom Monahan spoke of a colleague who was diagnosed. 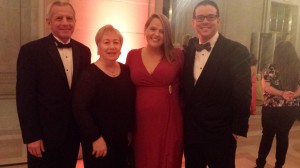 But the night wasn’t just about the crisis of the cause; it was equally a celebration.

Richard “Rick” Pazdur was awarded the 2015 Face of Hope Award for making a difference in the lung cancer world. Under his leadership at the Food and Drug Administration (FDA), the FDA approved 10 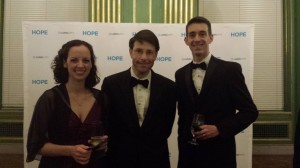 Overall, it was quite the party — to acknowledge the progress that is happening to find new ways to manage lung cancer — so that it will become, according to Kreuz, just a chronic disease instead of “a death sentence.”

And that’s a purpose that has some LUNGevity!