One of the District’s favorite military support organizations really spread its own wings Saturday night.  Luke’s Wings, a nonprofit dedicated to providing families with the means to visit during a wounded service member’s hospitalization and rehabilitation up’d its annual “Fashion Takes Flight” style showing at the West End Ritz Carlton, topping “trendy” with a more grounded Gala.

The Luke’s Wings Hero Gala, presented by Lockheed Martin, Kessler Lending Advisors and Capitol File Magazine, and put on by Charlotte Jarrett events, not only recognized servicemen and women for their strength and sacrifices, but also spoke to the harsh realities faced upon making it home. 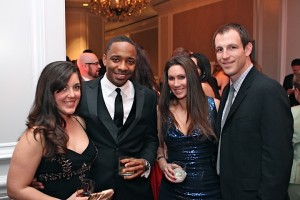 Retired US Navy Lieutenant Jason Redmond, 2014 Hero Award Recipient, spoke of his eleven years as an enlisted SEAL before becoming severely wounded in combat, retiring, and founding Wounded Wear, a continuing effort to help his brothers and sisters in arms with clothing modifications for wounded warriors.

The parents of Landon Henscheid (at right), celebrated in memoriam, praised the organization for its service to the family under the Wounded Warrior and Hospice Care Transportation programs after a spinal surgery for combat injury revealed an aggressive form of cancer in his spine — a battle he fought hard, but could not win.  “Luke’s Wings brought our 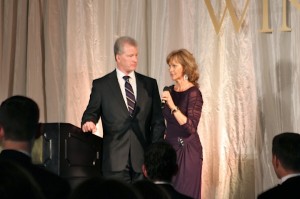 family back together, and didn’t stop there.  It’s more than plane tickets; it’s all of the little things.  I give them credit for being there with us every step of the way…”

By purchasing travel agency services, travel tickets, and other supportive services, Luke’s Wings provides an immediate service to the families of our men and women at arms while helping to encourage and motivate the service member’s recovery. 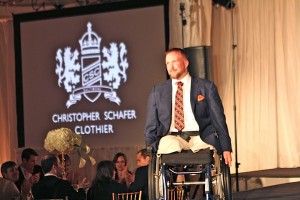 The Hero Gala, an annual event — showcasing all branches of the military, wounded warriors and World War II veterans — put heroism first, fundraising second, and followed up with fashion and fun.  An after dinner runway show lightened up the evening’s mood while keeping with the mission, and an on-site pop-up market met attendees post runway, offering the opportunity to purchase items directly off the models and patronize supporting businesses who gave back to the patriotically personal cause.