“Last year I struggled to figure out how to balance working full time and keeping Listen Local First (LLF) alive and relevant as a tool to help promote, grow and build new relationships for local artists,” shared Founder of LLF, a locally focused music initiative, Chris Naoum.  The answer, apparently, is a little funky.

Naoum resolved that instead of hosting a series of smaller promotional events, LLF was best positioned to work on a larger scale — let’s call them signature — events and initiatives that feature more DC musicians and have a wider impact on their local communities.  And so, he and a group of over 70 local businesses, civic leaders and neighborhood organizations have announced plans for the first-ever Funk Parade in the U Street 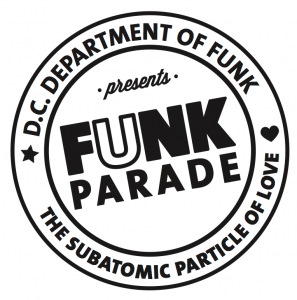 So what is a Funk Parade?

According to Naoum, it’s “a one of a kind event… a celebration of DC culture, arts and music, the U St Neighborhood and The Spirit of Funk itself.”   And it’s a party in three parts: a street fair by day, the mighty Funk Parade in the afternoon, and a music festival in the evening; all set to be rich in music and art, and honoring both the community and the spirit of funk, “the subatomic particle of love, which brings people together and makes them feel all right.”

May 3, 2014 also happens to be the 211th anniversary of the District’s incorporation.  Now it’ll be feted in a fresh and funky way.