April 13th is a significant day to some, because it is remembered as the day before President Abraham Lincoln was shot; however at Lincoln Restaurant, it was a time to celebrate and enjoy the venue’s fourth anniversary party. 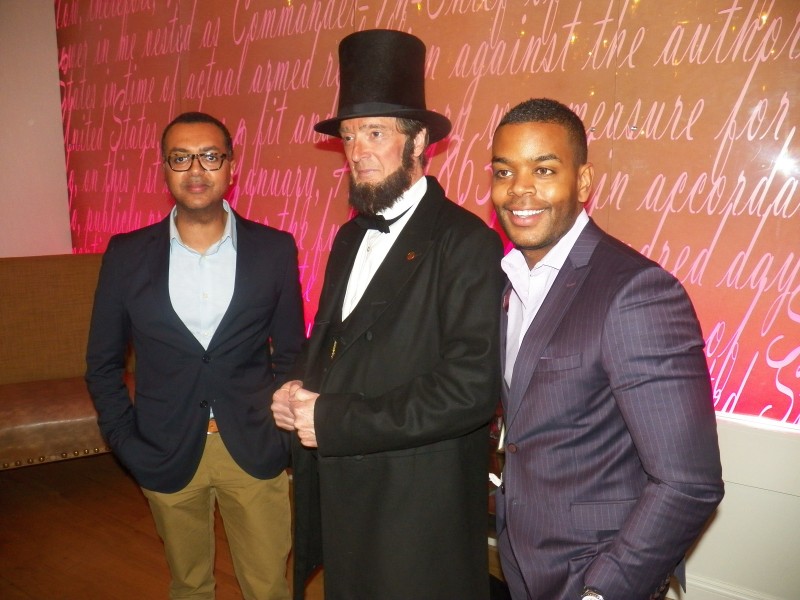 Owners, investors, media and friends were invited to celebrate Lincoln’s success as a place of patriotism… and good eats. Lincoln owner Alan Popovsky was in attendance, sharing his excitement about Lincoln’s success as well as plans to open yet another new restaurant — the Declaration — here in DC, and a second Lincoln restaurant in nearby Baltimore.

Popovsky recognized hometown artist Maggie O’Neill for Lincoln’s design, including its iconic art displays (such as the American flag and the declaration painted on the walls with warm lighting created by hanging mason jars).  Perhaps most notable, however, is its true artistic gem… flooring that is covered (literally) in nearly a million pennies.

Guests were greeted with some of Lincoln most popular small bites such as the BBQ pork and duck fat biscuits, chicken pot pie bites, kale salad, potato-steak bites and green eggs and ham deviled eggs.  To wash down all the delicious bites guests were treated with Moscow Mule cocktails and wine.  Even actor Eric Richardson got in the mood, arriving at the party dressed as Lincoln himself — and doing a lively little boogie as the DJ played a variety of top hits for everyone to enjoy. 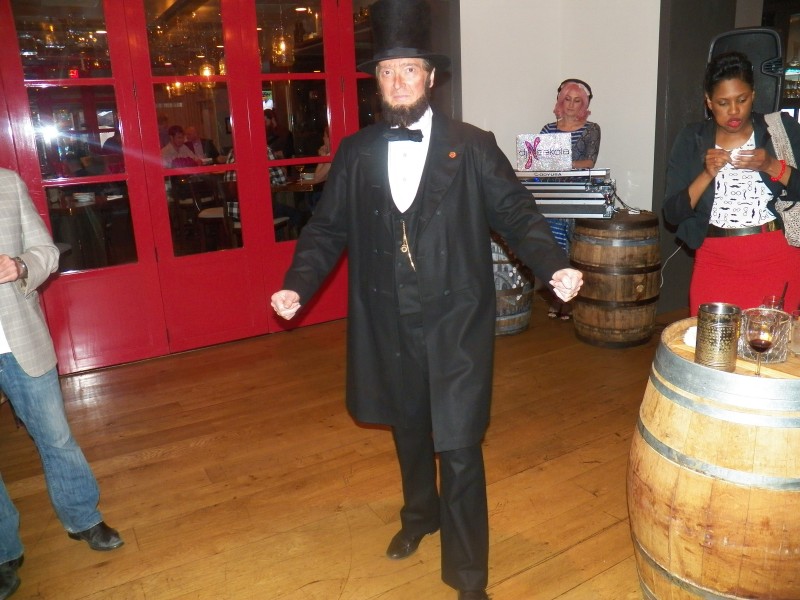 Next year when you are reminded in April that Lincoln was shot, instead remember that it’s time to celebrate his great accomplishment and visit Lincoln.