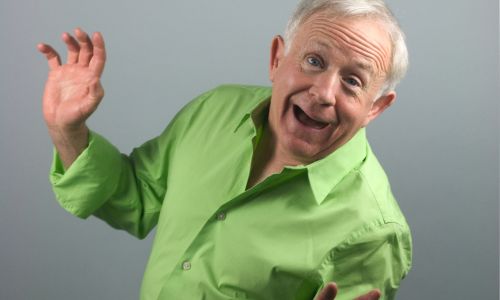 Emmy Award-winning actor, playwright, and activist, Leslie Jordan, will be one of the Grand Marshals of the 2016 Capital Pride Parade, presented by Marriott Rewards, that will be held on Saturday, June 11, beginning at 4:30 PM in the Dupont and Logan Circle neighborhoods.

After attending the “Crack of Noon” Pride Brunch at 12:00 noon earlier that day, Jordan will co_Grand Marshall the parade, will also perform at Studio Theater on Friday, June 10, and will appear at Team DC’s National’s Night OUT on Tuesday, June 14, following the weekend celebration.

Perhaps best known for his Emmy-winning role on Will & Grace, Jordan has a long history of LGBTA activism and volunteer work that goes back to the early days of the AIDS crisis.

Capital Pride Parade’s 2016 theme is ‘Make Magic Happen.’  The annual Capital Pride Parade typically draws 150,000 spectators, travels 1.5 miles through segments of the city important to the LGBT community, and this year will include more than 180 contingents.

Previous Post: Inside Thos Moser’s Benefit for Room to Rebloom
Next Post: [Party Pix] Inside the Bartender Bracket Battle!