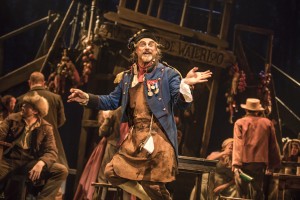 To refresh an epic theatrical classic like Les Miserables is no small undertaking. From more than 30 years of Broadway performances to two star-studded (and one Academy Award-winning) film adaptations (not to mention an unforgettable “Britain’s Got Talent” audition that went viral in between), audience expectations are high. But directors Laurence Connor and James Powell, set designer Matt Kinley, and the rest of producer Cameron Mackintosh’s team have delivered an emotive and visually stunning iteration, now playing at the National Theater through January 7. 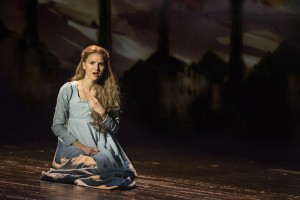 Based on Victor Hugo’s novel of the same name, Les Mis recounts the tale of ex-convict Jean Valjean’s search for faith and redemption against the backdrop of 19th-century Paris, exploring themes of God, love, justice, and duty through encounters with both the downtrodden and the elite in a city rife with class and political turmoil.

A generously-built set paired with imaginative projections by Fifty- 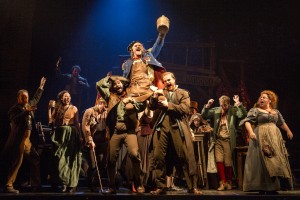 Nine Productions brings Valjean’s journey to life unlike ever before. And as in iterations past, the music and singing will capture your heart. Josh Davis’s performance as the antihero police officer Javert is alone worth the ticket.

If you’re looking to ring in the new year with passion, this is your chance.

Previous Post: Washington Business Hall of Famers and Benefit Just ‘Get It’
Next Post: Spike’s Newest Spot Coming to Fairfax’s The St. James