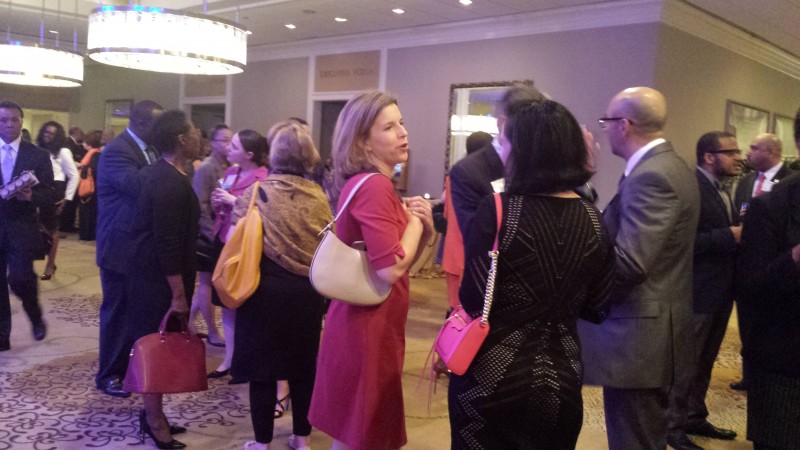 Leadership Greater Washington’s Innovative Leadership Awards last week was just like attending a high school reunion… except that more than one “class of” group came to the event.  From networking and reconnecting to honoring new leaders, this first major event under new President and CEO Doug Duncan brought out only the greatest of alumni memories and milestones. 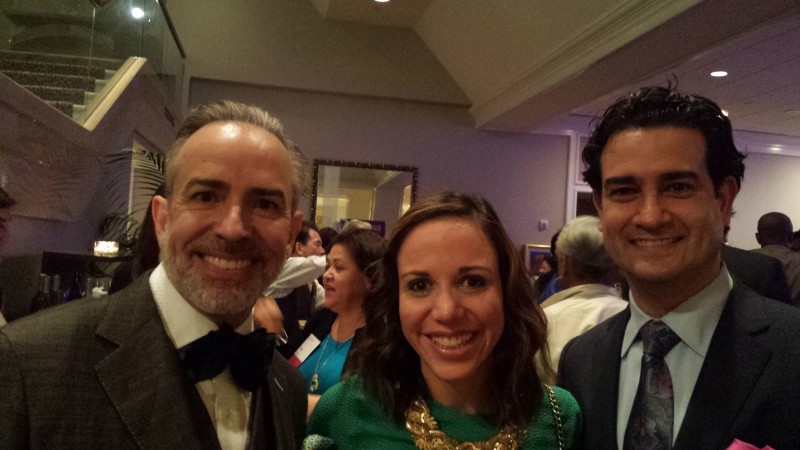 Last Tuesday night’s award ceremony celebrated innovation and the out-of-the-box thinking that leads to true leadership, honoring notable alumni like Barbara Donnellan (’99) and Debbi Jarvis (’09) — who sits on the board of 12 nonprofits! 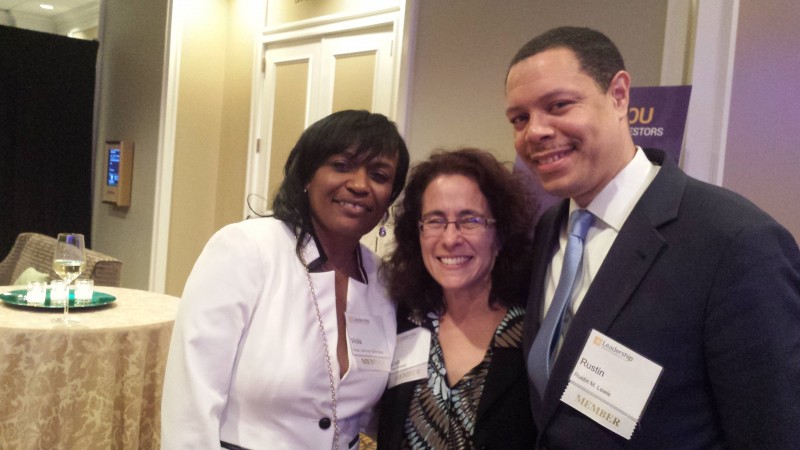 Event emcee WJLA/ABC 7 news’s Leon Harris, might have thought he would get away with simply speaking his lines, but instead, the notable newsman had the tables turned on his emcee role and ended up being the recipient of an award  — the Youth Leadership Greater Washington of the Year award.  Speakers called him “a true warrior” when it comes to youth causes. 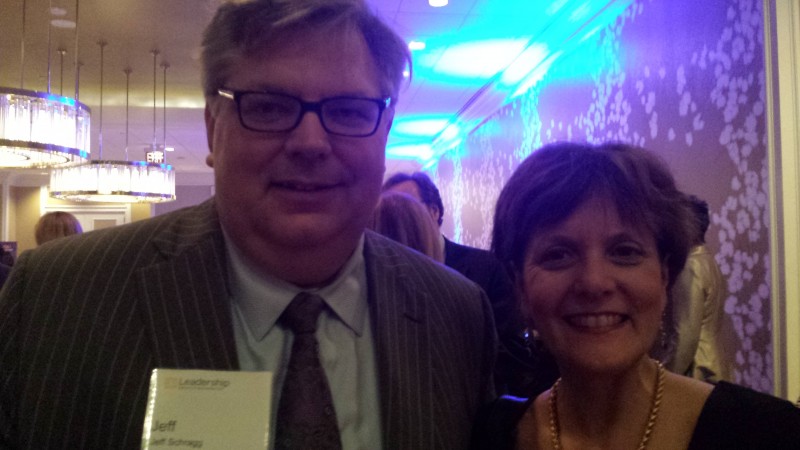