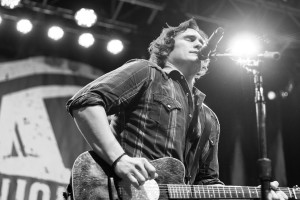 Arkansas native and country music star Joe Nichols brought his smooth vocals and Southern spirit to DC  Thursday night (February 26).  An enthusiastic crowd settled into the Fillmore Silver Spring and prepared for a night of warm Southern hospitality – despite the chilling temperatures outside.

Accompanying Nichols was a lineup that proved that the DC area can, in fact, do country.  First up: locally-based Scott Kurt & Memphis 59.  Frontman Kurt got the crowd warmed up with a number of solid originals and even a surprising cover of Miranda Lambert’s “Heart Like Mine.” Next to hit the stage was Sam Grow.  Grow, who was raised in Southern Maryland, impressed with a strong stage presence and edgy sound.  He successfully won the crowd over when he slowed things down for 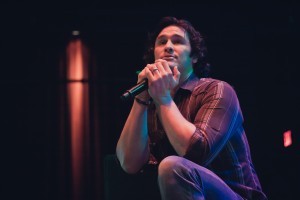 some of his self-proclaimed “sexy” tracks.   Finally, the lights dimmed as Nichols made his way into the spotlight.  The musician charmed his way through a varied collection of songs – both old and new.  Equally impressive was the group of talented musicians Nichols shared the stage with.  In fact, it was easy to feel like one was watching a casual jam session among friends when the group transitioned into a cover of Tom Petty’s “Runnin’ Down a Dream.”

Nichols ended the night with the crowd favorites “Sunny and 75” and “Tequila Makes Her Clothes Fall Off.” As guests filed toward the door at the end of the night, it was clear that the performances provided a great evening of entertainment. The show was able to bring a little country to the city, and even a little summer to a snowy February night.