It was too nice a night just to put the top down and turn up the radio, so GM did the next best thing. 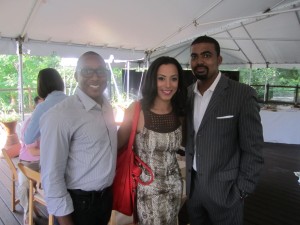 General Motors offered a select group of online influencers the chance to check out its all-new 2014 Chevrolet Impala Monday night, featuring the first American sedan in 20 years to earn Consumer Reports’ Top Score at a reception at WolfTrap in advance of the night’s OneRepublic concert.

Between cocktails and bites of Mindy’s BBQ at the networking