“I am very proud that I have had a small part to play in helping continue to build this institution, many years ago,” said Secretary of Defense Chuck Hagel last Friday night at the Washington Hilton, where he addressed some 1,000 guests gathered to support the USO at its annual Gala 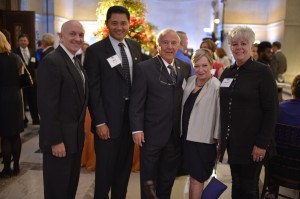 event.   “And I have been a strong supporter, not just as the Secretary of Defense, but as a former soldier, but probably more importantly as an American.”

Hagel urged the audience  to do their part to keep troops and their families strong by continuing to support the work of this organization, which operates with the help of some tens of thousands of volunteers worldwide.

During the event, Actress and comedian Aisha Tyler — a first timer to the USO stage — served as the evening’s emcee; Celebrity chef Robert Irvine designed the event menu, which featured some of his classic fall recipes; and country music sensation (and seven-time USO tour veteran turned official ambassador of the USO’s Every MomentCounts campaign) Kellie Pickler captivated the crowd with renditions of some of her most popular hits, including “Tough,” “Someone

But there was also much cheering and congratulating before the event got well underway.  Photographer Mike Theiler went inside the event’s private Chairman’s Reception where we got a first look at each of the 2014 USO Service Member of the Year Honorees (listed below). 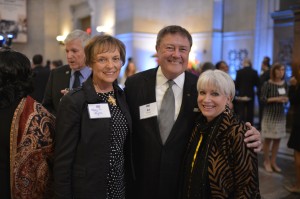 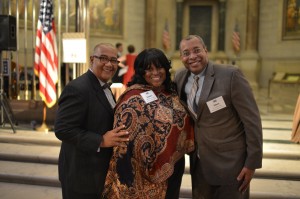 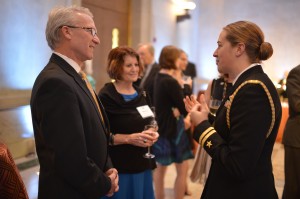 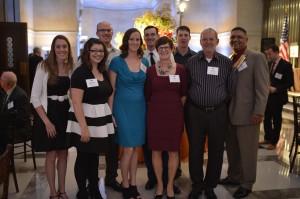 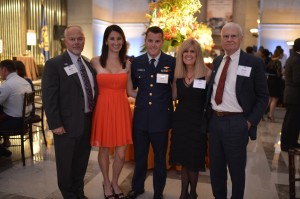 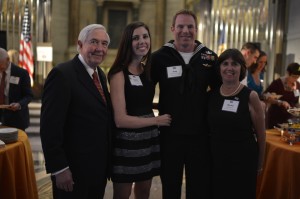 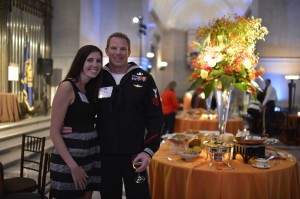 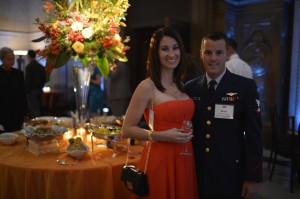 Previous Post: A Soiree for Stylemakers & Changemakers
Next Post: Saks’ Key to the Cure: Shopping for the Sisterhood