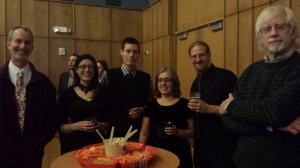 Sure, you’ve likely heard of Meatless Monday.  But what’s it like, and why, for those people that live every day of their life without eating meat?  Compassion over Killing wants you to know.

Compassion Over Killing held its annual Holiday Gala — going 15 years strong — at the Silver Spring Civic Building last month. Attendees had the chance to show how much they care about the animals that roam this Earth and to find out that they are not alone in their passion for animal rights. 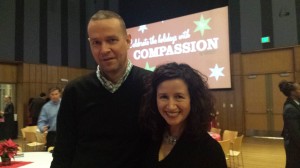 For Erica Meier, the Executive Director of Compassion Over Killing, the organization has two important missions: one of those missions is to “empower people to choose vegan food as a way to help build a kinder world.”

Vegan food is, simply, food that is plant-based. However, that doesn’t mean that vegan food has to be boring. People at the gala found themselves surrounded by a lot of filling food that was made without any animal products whatsoever. Most of the food, which was served buffet-style, was catered by NuVegan Cafe, Nourrie Cuisine, and The Sacred Kitchen. Standout dishes included shepherd’s pie, macaroni and cheese, and Tofurky. For dessert, which was catered by Vegan Treats Bakery, cupcakes 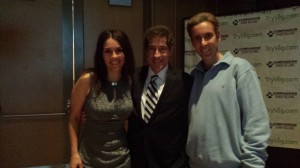 and cannoli were available, but not for long because they were so popular!

For Meier, the other mission of Compassion Over Killing “is to expose cruelty to farm animals.” An important way that this nonprofit fulfills this mission is by doing undercover investigations at factory farms. One of the organization’s proudest accomplishments was to stop Tysons Food’s practice of boning, which they considered a “horrific and unnecessary practice” towards the affected animals. 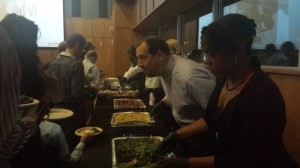 Among the people of note who showed up at the Holiday Gala were Jamie Raskin, who has recently been elected to serve in Congress as a Maryland Representative, Torre Washington, who is a bodybuilder and a vegan, and Dana Ellyn, an artist who works on art containing vegan themes.