In celebration of the upcoming comedy release BARBERSHOP: THE NEXT CUT, The Neighborhood Tour mobile barbershop truck visited DC on Wednesday, treating fans to free haircuts and face-time with some of the film’s stars, followed by an invitation-only screening that evening. 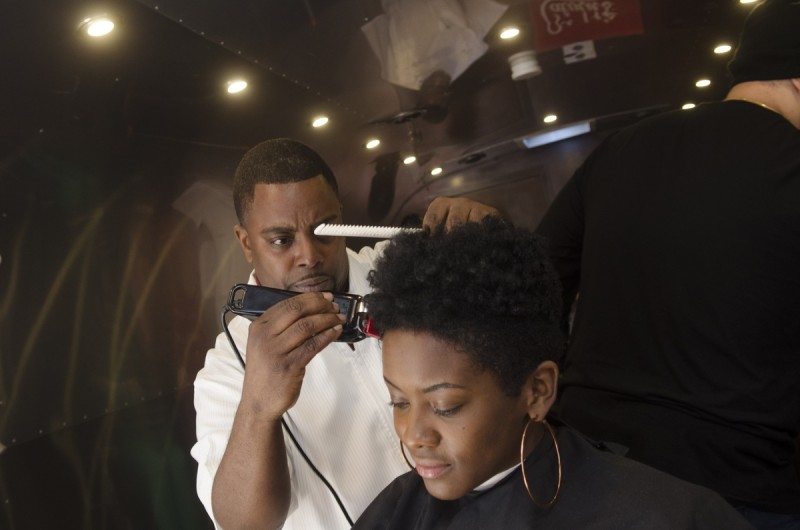 Stars of BARBERSHOP: THE NEXT CUT Ice Cube, Cedric the Entertainer and Regina Hall met with fans at Busboys and Poets in the historic U Street Corridor.  There was much excitement, cutting of hair, and accepting donations to support the Homeless Resource Day Grooming Project. 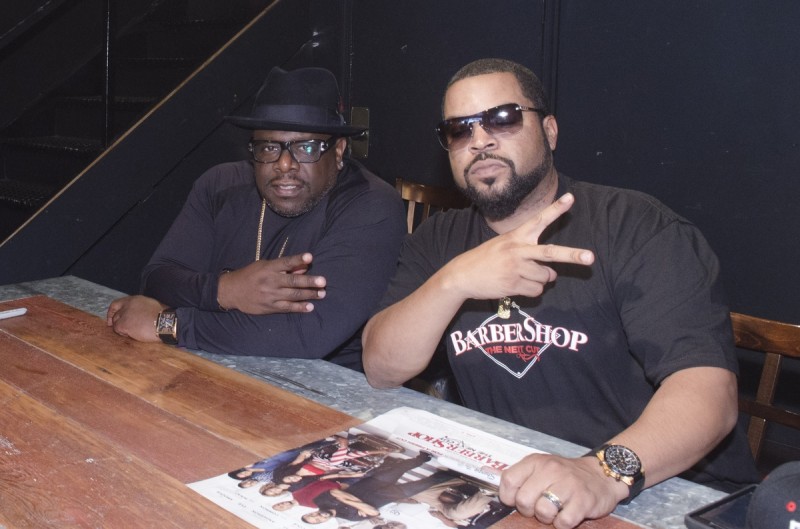 About the movie: It’s been more than 10 years since audience’s last appointment with Barbershop, and Calvin (Cube) and his longtime crew, including Eddie (Cedric), are still there, but the shop has undergone some major changes.  Most noticeably, the once male-dominated sanctuary is now co-ed. The ladies bring their own flavor, drama and gossip to the shop challenging the fellas at every turn. But despite the good times and camaraderie within the shop, the surrounding community has taken a turn for the worse, forcing Calvin and our crew to come together to not only save the shop, but their neighborhood. 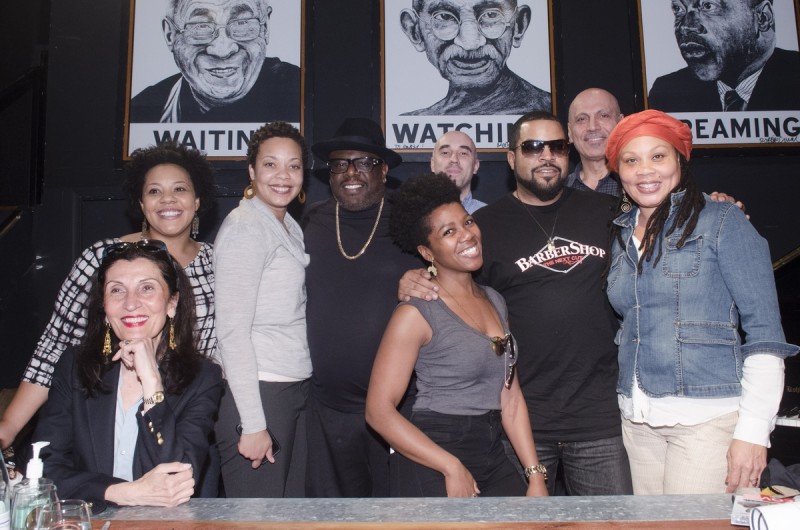 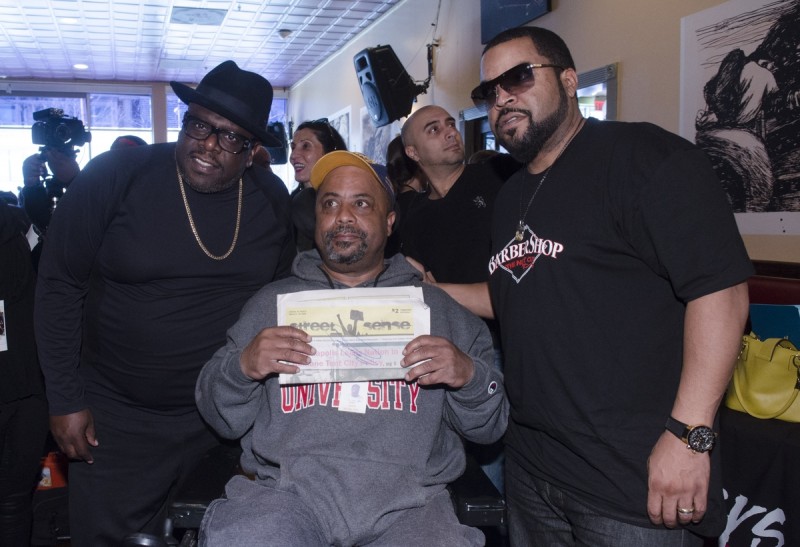 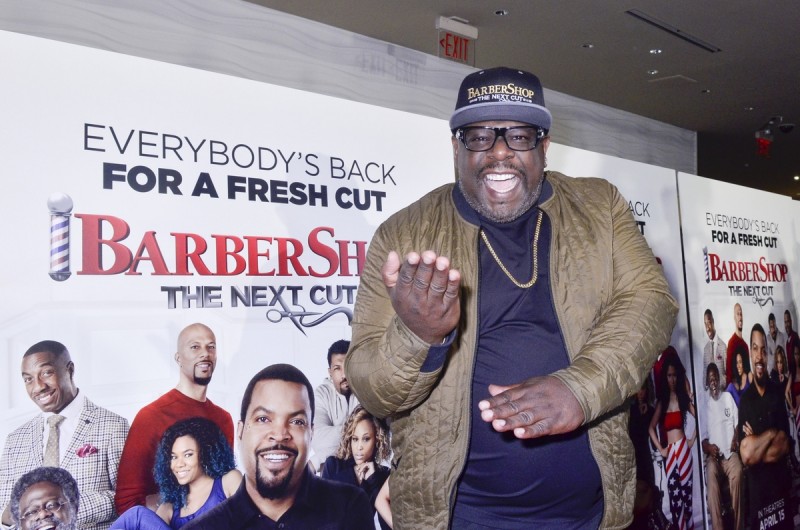