The 59th presidential inauguration takes place Wednesday, January 20, 2021. The 46th President of the 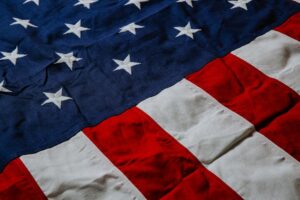 United States, Joseph Biden, will be sworn in on the West Lawn of the U.S. Capitol, and the Presidential Inaugural Committee has announced “America United” as his Inaugural Theme.

This is generally a time when crowds flood the Mall and join in the celebrations around DC. But this year, for a variety of reasons, officials ask that people stay away — avoid DC entirely — and participate virtually.

The good news is that this year you have as much a front-seat to the action as almost anyone! Here’s how you can watch from home as president-elect Joe Biden and vice president-elect Kamala Harris are sworn in.

Witness history from home as the United States of America welcomes a new commander-in-chief on Jan. 20. Both the vice president-elect and president-elect will take Oaths of Office, which usually take place at noon. In-person attendance is limited to Congress due to safety protocols.

The Oaths of Office are followed by an inaugural address, which his website says will “[lay] out his vision to defeat the pandemic, build back better, and unify and heal the nation,” that will also be televised and streamed.

Just like all of the other festivities, plan to watch the ceremonial procession from home this year.

After being sworn in, the president typically does a Pass in Review of the military and then follows a parade route down Pennsylvania Avenue from the U.S. Capitol, finally arriving at the White House. The Inaugural Parade is a celebrated and much-anticipated event for millions of Americans across the country, but it will look a bit different this year.

Following the ceremony, the President, First Lady, Vice President, and Second Gentleman will participate in the long-standing Pass in Review military tradition on the East Front of the Capitol (TBD).

Then, Biden, Dr. Biden, Harris, and Mr. Emhoff will visit Arlington National Cemetery to lay a wreath at the Tomb of the Unknown Soldier. Sources suggest that they will be joined by President Barack Obama and Michelle Obama, President George W. Bush and Laura Bush, and President Bill Clinton and Secretary Hillary Clinton.

Instead of a traditional inaugural parade, the Bidens will arrive at the White House with a presidential escort consisting of representatives from every branch of the military. A “virtual parade” showcasing “diverse, dynamic performances in communities across the country” will be televised and streamed to follow.

This parade will begin at approximately 3 p.m. on Inauguration Day.

There will be a primetime television program hosted by Tom Hanks at 8:30 p.m. on Jan. 20 titled “Celebrating America” instead of traditional inaugural balls. This program will feature remarks from both Biden and Harris as well as performances that “represent the rich diversity and extensive talent America offers.”

A virtual lighting ceremony honoring American lives lost due to COVID-19 will take place in advance of the swearing-in on Jan. 19 at 5:30 p.m. at the Lincoln Memorial Reflecting Pool. Communities across the country are invited to join by lighting buildings and ringing church bells.

Unlike past presidential swearing-ins, Americans cannot gather together in person for the inauguration. Instead, the Presidential Inaugural Committee (PIC) will install a public art display consisting of about 191,500 flags on the National Mall.

The “Field of Flags,” which will cover the National Mall up to 13th Street, will contain flags from every state and territory, as well as 56 pillars of light. It is meant to represent the American people who are unable to travel to Washington, DC, and reflect PIC’s commitment to an inclusive and safe event that everyone can enjoy from their home.

To include the American people in the inaugural ceremonies, PIC is welcoming Americans to become a symbolic sponsor of the Field of Flags in exchange for a donation to PIC’s partners in service. Americans can sponsor a flag here.

There are few events that you can experience that are guaranteed to go down in history. The President’s swearing-in ceremony is one of them. So don’t miss out on these virtual viewings and activities that will commemorate our nation’s 46th President, Joe Biden!

Previous Post: Celebrate the Inaugural With These NoVa Venues
Next Post: IllumiNATIONdc To Encourage Light and Hope in DC