How Wilde it is when confusion makes a comedy!

Oscar Wilde’s The Importance of Being Earnest is a darling of a deceit, on the Shakespeare 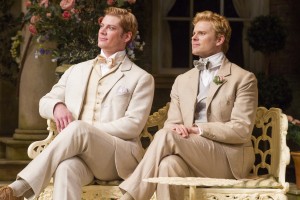 It’s the scandalous story of Jack Worthing (Gregory Wooddell), a self-made man, who goes by the alias “Ernest” in his high society life… and with his love Gwendolen… when he is away from his country manor. 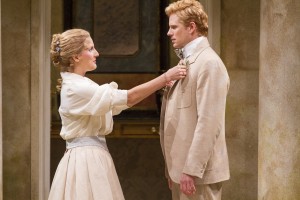 duplicity, he is eager to join in the game!  Moncrieff takes on the same pseudonym to woo Jack’s ward Cecily.

The result is two and a half hours of total and terrific confusion (and not only because this play pauses for two 15 minute intermissions!) where etiquette and social decorum are magnificently mocked by the scene stealing Lady Bracknell (Siân Phillips making a STC debut!), romance and courtship in upper class society are ridiculed, and mistaken identities and imaginary characters cause insuppressible‎ laughter from the 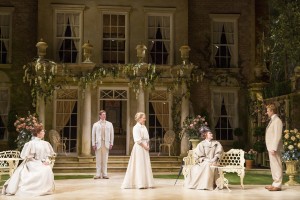 This perhaps best known Wildean comedy of class, love and lyrical wit has Jack and Algernon jumping over hurdles to keep up the charade, win the women they love, and realize the vital importance of being earnest.

Secure your seat now.  This cast and show is one of the best we’ve seen.