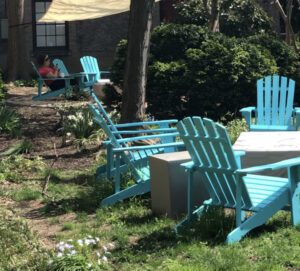 Your Spring and Summer garden oasis is now open in Dupont.

The Heurich House — otherwise known as the Brewmaster’s Castle — opened its Castle Garden to the public on Tuesdays through Thursdays from noon to 5pm.

Free WiFi enables you to work — or pick up some Senate Beer from Right Proper, a brew that uses the same recipe as Christian Heurich’s historic brewery did in 1948.