PRIDE is inspired by an extraordinary true story. It’s the summer of 1984, Margaret Thatcher is in power, and the National Union of Mineworkers is on strike… prompting a London-based group of gay and lesbian activists to raise money to support the strikers’ families. Initially rebuffed by the Union, the group identifies a tiny mining village in Wales and sets off to make their donation in person. As the strike drags on, the two grou 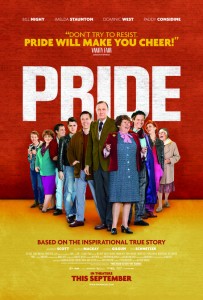 K Street Magazine is thrilled to offer up to 50 readers free reserved tickets to CBS’ screening of PRIDE on Thursday, October 2 at 7:00 PM at the AMC Georgetown theater.  Want in?!  Download your tickets here.