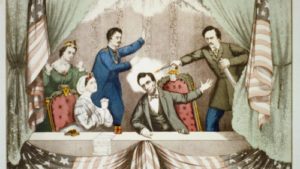 Ford’s Theatre commemorates the 155th anniversary of President Abraham Lincoln’s assassination and death on April 14/15th, and throughout the month of April with digital programming.

On April 14 at 10:00 a.m. and 1:00 p.m., the theatre and museum will offer guided virtual tours where those who tune in will learn about President Lincoln’s life in DC, review the events of his assassination at Ford’s Theatre, and consider President Lincoln’s legacy. Appropriate for all history fans but… great for students! This session is 30 minutes, plus time for Q&A. Registration is free, and can be found here. 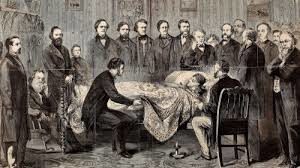 There will also be a virtual discussion exploring Lincoln in Washington on April 16th at 2:00 p.m. exploring places that mattered to Lincoln during his lifetime and places where he matters to us today. (40 minutes, appropriate for all history fans, including students in grades 3 and up.) Registration is free here.

But this just may be the coolest!  Join in for a  Live Stream Investigation with Detective McDevitt (April 22 at 1:10 p.m. and May 6 at 11:10 a.m.) On the night of April 14, 1865, Detective James McDevitt was on duty at the Washington Metropolitan Police headquarters, a half-block from Ford’s Theatre. Just before 10:30 p.m., frantic witnesses rushed in with horrifying news: President Lincoln had been shot at the theatre!! This is your chance to join Detective McDevitt as he revisits the sites and reexamines the clues from the investigation into the Lincoln Assassination Conspiracy as you connect simultaneously with other learners around the country. (Best for students grades 5 through 12. 50 minutes. Free registration here.

Programming throughout the month will deep dive into the impact of the Lincoln assassination on the nation and the vigil on Tenth Street on the night of the assassination – all through primary sources and first-hand accounts. A full list will continue to be updated here.