Erma Bombeck was the pithy, and prolific humorist who lifted the veil of 1950s housewifery, lampooning “the world’s second oldest profession” of raising a family in the suburbs. If you were not a follower of her newspaper column, At Wit’s End offers a crash course in Bombeck’s wit as well as insights into the woman herself. 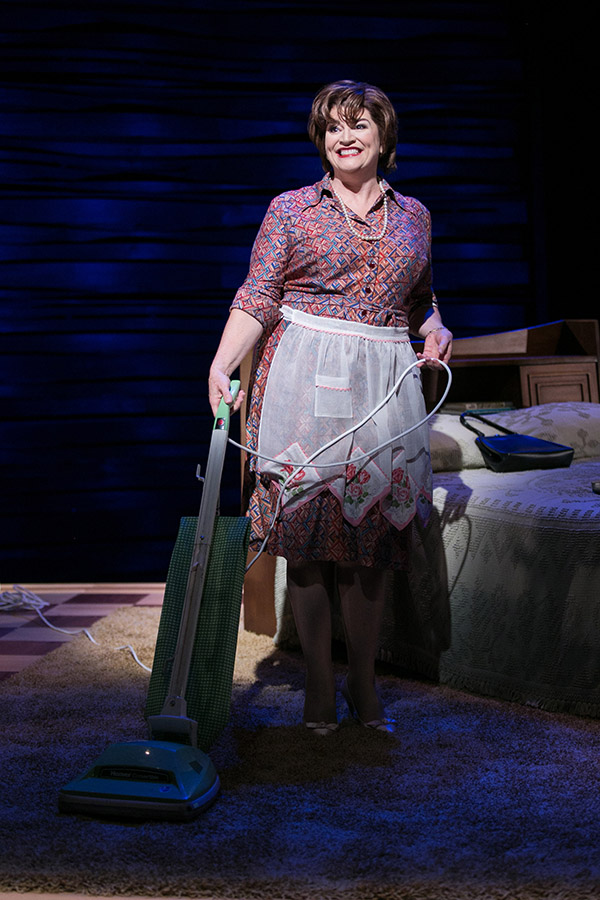 Written by journalists and twin sisters Allison and Margaret Engel as part of the Women’s Voices Theater Festival, the one woman play entrusts Barbara Chisholm to share the unassuming Bombeck’s story through her own voice.  The tone is gentle, and Arena’s cozy Arlene and Robert Kogod Cradle offers the intimacy of a sitcom-style 1950s house set. You’ll feel as if you’ve pulled up a chair to the Formica table for a cup of Sanka and a chat as soon as Bombeck switches off the working retro mint green Hoover.

The dialogue starts off clunky, Bombeck’s best one-liners strung together in a conversation that feels moer like a traffic jam of bumper stickers: “If life is a bowl of cherries, what am I doing in the pits?” “Seize the moment. Think of all those women on the Titanic who waved off the dessert cart,” and “Insanity is hereditary. You can catch it from your kids.”

The play moves past the slapstick, however, into heartfelt observations of big emotions in seemingly small lives. As Bombeck did in her columns, satire transforms to pathos with a well-crafted phrase, leaving you uncomfortable with your chuckle, yet softening raw feeling with wry intonation. The writing excels when it focuses on the woman herself, such as where Bombeck listens to renowned feminist Betty Friedan criticize housewife humor columnists, or receives a letter from a reader incarcerated for killing her child.

While the writers don’t delve into how the success of the column itself changed its author, they try to tell the story of the woman behind the quips, observing “There are not many plays about fifty-plus moms, so we are delighted to be back at the Arena with this one.” If Bombeck’s own writing was funny and irreverent, At Wit’s End is ultimately reverent, showcasing the often-trivialized Bombeck as well-loved but under appreciated. It’s a heartfelt and humorous tribute, worth an evening visit for a chat over coffee. 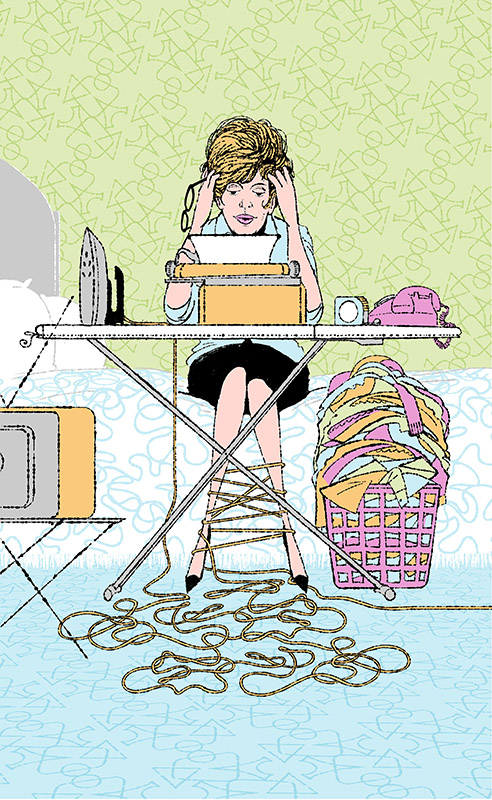