When Daisy Werthan causes a car wreck, her son hires hard-working chauffeur Hoke Colburn to look after her.  Predictably, this starts out as a hostile clashing of wills, but as time passes, the stubborn Jewish matriarch and the proud black man develop a relationship — indeed a decades- 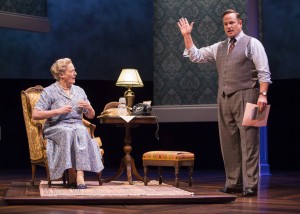 Playwright Alfred Uhry would tell you he was just writing about the Southern life he knew (and a little bit about the trials of dealing with aging family), but “Driving Miss Daisy,” his Pulitzer Prize-winning play now on stage at Ford’s Theatre through October 26th, teaches us ALL about the transformative power of true friendship.  And so the beloved classic begins the Ford’s Theatre Society’s 2014-2015 season, welcoming the return of local acclaimed stage actors Nancy Robinette and Craig Wallace.

Evoking a full range of emotions during its 90 minutes (no intermission), seeing Driving Miss Daisy isn’t just a chance to revisit an old favorite at one of DC’s historic and most visited sites (though that’s certainly high on the list of reasons to 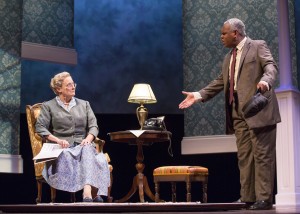 go!).  It’s also an entertaining way to explore these decades of culture and change with a theatre group that is dedicated to American life and legacy.

Patrons age 35 and under are invited to attend Under 35 Night for “Driving Miss Daisy,” Wednesday, October 8. Use promo code UNDER35 to purchase $18 tickets to the October 8, 7:30 p.m. performance, then stay late for a complimentary glass of wine!