DC had the time of its life (and learned nobody puts Baby in the corner!) last night as Dirty Dancing – The Classic Story on Stage launched its North American tour at National Theatre. 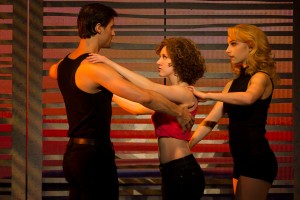 It might have been hard to adapt the classic story from iconic motion picture to stage set, or entice viewers to pay for theatre tickets in lieu of streaming the beloved film on Netflix, but, instead, demand was so great that the show’s entire local engagement has been selling quickly since it was announced.   Fans flocked in from as far away as New Jersey (ok, that was lead, Jill Mueller (Baby)’s Father, but still!), dancing to the nostalgic songs, reciting almost the entire script — and certainly singing 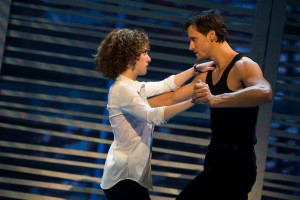 along to every song!

A few new scenes were added by screenwriter of the film and book writer for the play, Eleanor Bergstein (in attendance at Tuesday night’s opener), to further underline the timing and national atmosphere of the Houseman’s fateful family vacation to the catskills in the 1960s.  A forgiving audience glossed over these sometimes awkward moments, looking ahead instead to the steamy dance numbers that defined the original Dirty Dancing.  Jenny Winton (Penny)’s legs and Samuel Pergande (Johnny Castle)’s … everything … helped with that!

If you can snag a coveted ticket, see for yourself why Dirty Dancing – The Classic Story on Stage captivates as only these characters can.  The show runs through Sept 14.

One thought on “Dirty Dancing (On Stage!) Gives DC The ‘Time of Its Life’”