Take note! Traffic laws are changing in DC. The default speed limit on the streets of the nation’s capital will 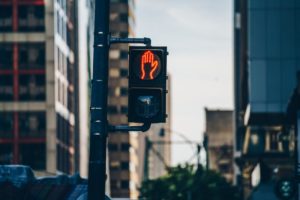 This is part of Mayor Bowser’s new Slow Streets initiative, cited as an effort to reduce pedestrian deaths as well as to identify room needed for social distancing and “streateries” (street eateries). To reduce the number of cars, some streets will be open only to local traffic.