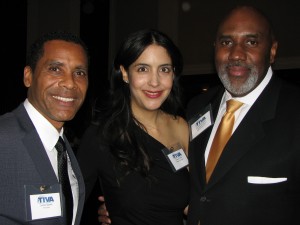 ‘Hollywood on the Potomac,’ as Washington is sometimes called, has its own film and video production community; and on Saturday (November 8), many of its stars gathered at the National Press Club for the Television, Internet and Video Association of DC (TIVA-DC) Peer Awards. 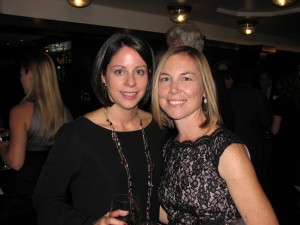 Filmmakers, producers, television and radio broadcasters, and Internet-meme-creators of all stripes enjoyed an evening of food, drinks, and the emceeing talents of locally-grown star comedian Allan “Big Al” Goodwin.

Gold, Silver and Bronze Peer Awards were awarded in categories ranging from political promos to documentaries to government instructional videos. And though he could not attend in person, DC Councilman-At-Large Vincent Orange announced in a video message presented at the ceremony a ceremonial resolution honoring the “Television, Internet and Video Association of DC or ‘TIVA-DC’ for their extraordinary dedication and service to the television, film and multimedia community of Washington, DC.”

See even more photos from the event here.