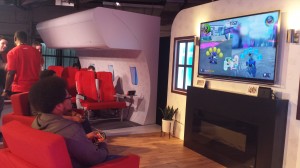 If there’s one thing you realize in Washington, DC, is that it’s kind of okay to be a nerd. But that doesn’t mean that you have to be alone in your bedroom on a Friday afternoon!

That’s because on a recent Friday afternoon, members of the media — and scores of people who showed up with tickets at Union Market’s Dock 5 — had the chance to play Nintendo Switch before it officially comes out for sale on March 3! 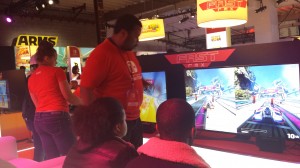 So what is it like to spend time playing new forms of video game classics? Besides the feeling of nostalgia, you might find yourself faced with stiff competition from fellow attendees, depending on the game. Examples of competitive games include Ultra Street Fighter II: The Final Challengers, Puyo Puyo Tetris, Super Bomberman R, and Mario Kart 8 Deluxe. 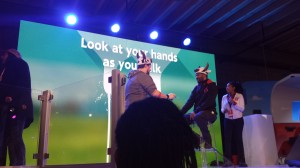 Though it is hard to move away from these multiplayer games, there are Role-Playing Games (RPGs) to check out! For beginners, Skylanders Imaginators would be a good start. For those who want a Japanese twist to their RPG gameplay, Disgaea 5 would fit the bill. The most popular draw, however, was The Legend of Zelda: Breath of the Wild.

The Nintendo Switch event and cross country tour serves as a reminder that playing video games isn’t nerdy… it can teach video game players important skills, which include learning how to be strategic, knowing how to solve puzzles quickly, and in the case of the Zelda, being a braver person.

For those who are interested in buying the console, the new Nintendo Switch costs $299. Game on!