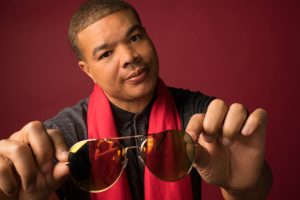 K Street Magazine had some laughs with Red while he was in town and asked him why he made sure to include DC on his grueling tour schedule.

“It can’t be a tour unless DC is on the schedule,” said Red. “It’s not only my home, but it has a special place in my heart when it comes to touring. DC is comedy. It’s the reason I tell jokes to this day. The people in Washington know comedy ­– they won’t let you get away with anything. It’s one of the realest places in the world to tell jokes. That’s why there are so many great comedians that come out of the DC area. I would say that DC is the mecca of comedy. It will never be left off the tour – at least not any that I’m involved with.”

And of course coming off of the White House Correspondents’ Dinner comedy fiasco, we couldn’t help but discuss how to appropriately make comedy of today’s political reality… 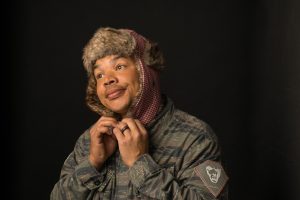 “It’s way too easy right now to make fun of our current political situation,” Red admitted. “These days politicians are really making comedy of themselves, not taking care of and forgetting about the people who put them in power – that’s a joke. Maybe politicians should be comedians and comedians should be politicians, because we seem to know way more about the way the world should be run than them. I think we should switch places – let us run the government for a while, just to see if it gets better. And I’ll let the politicians do all the jokes that I have written this year. I think it will be an even tradeoff. But at the end of the day, it’s not really funny where we’re at politically. We have to do a lot better for society to change for the better.”

After 20 years on the club circuit, friends like Snoop Dogg and Katt Williams started to turn to Red for his “make you forget about your troubles” brand of comedy.  You may know him from being “Caught Red Handed” on his hour-long Showtime special or seen him on his eponymous Comedy Central show.  Make sure to catch him on his next tour through the DC area.