Broadway at the National announced its 2016-17 season last week, with a total of 17 Tony® Awards – including three Best Musicals – among the productions being presented. The 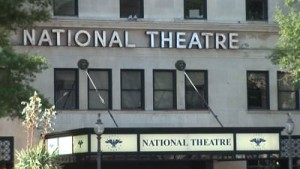 season features the Washington premiere of the five-time Tony®-winning Best Musical Fun Home, based on Alison Bechdel’s best-selling graphic memoir; the 20th anniversary return of RENT, the Tony® Award- and Pulitzer Prize-winning re-imagining of Puccini’s La Bohème; the eight-time Tony®-winning Once; and the Washington premiere of the holiday classic Dr. Seuss’ How the Grinch Stole Christmas! The Musical.

This upcoming season, Broadway at the National will offer a three-show package that includes Fun Home, RENT, and Dr. Seuss’ How the Grinch Stole Christmas! The Musical. Tickets to Once may be added to any subscription package.

“We’re thrilled to present another terrific Broadway season at the National Theatre, including the Washington premiere of the groundbreaking musical Fun Home,” said Steve Traxler, president of Jam Theatricals. “It’s a show that DC audiences will appreciate for its intelligence, humor, and honesty.”

Fun Home made history in 2015 by being the first musical exclusively written by women to ever win the Tony® Award for Best Musical. Book and lyrics writer Lisa Kron and composer Jeanine Tesori also became the first female writing team to win the Tony® for Best Score. This wholly original musical, directed by Tony® winner Sam Gold, is based on Alison Bechdel’s true story looking back at her childhood, revealing memories of her uniquely dysfunctional family that connect with her in surprising new ways.

The first national tour of RENT made its Washington debut at the National Theatre in 1997, and the 20th anniversary tour returns to the stage next summer. Original director Michael Greif will again direct Jonathan Larson’s celebrated musical, which changed the landscape of American theater.

Back by popular demand, Once captures the heart and imagination of anyone who has had a dream. Based on the John Carney film of the same name, the musical evokes the intimacy of an Irish pub, with an ensemble of actors/musicians who play their instruments on stage.

Dr. Seuss’ How the Grinch Stole Christmas! The Musical brings Whoville to Washington in time for the holidays in December. This family-friendly musical features the hit songs “Welcome Christmas” and “You’re a Mean One, Mr. Grinch” from the beloved original animated classic along with new favorites, as it shares the timeless story of the true meaning of Christmas.

Previous Post: The Children’s Inn Revels in ‘An Evening for Hope’
Next Post: A Sneak Peek Into Dolci Gelati Cafe’s Sweet Spring & Summer