Just last week, audience members attended a performance for a musical composition that would never be heard again… until possibly the next Boat Burning event.  Boat Burning?  Yes. 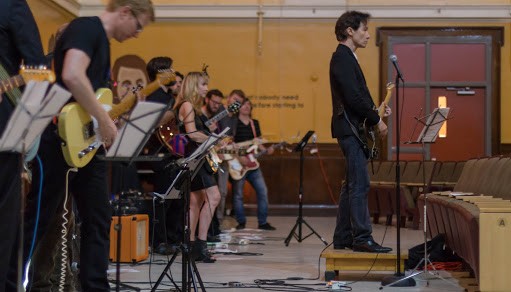 This year’s Boat Burning attracted more than 50 guitar players to participate in a multi-tiered* concert in support of their community.  Literally, with the stage full of musicians with classical instruments, guitarists surrounded the audience from the top balcony and all along the walls. 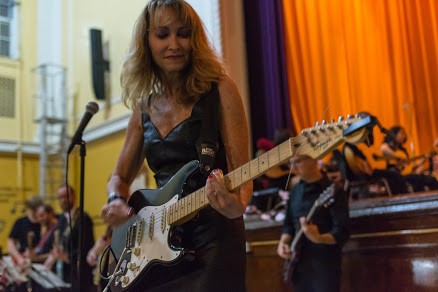 The performance delivered six separate intricate hybrids of composition and improvisation that the audience would have never heard before.  The performance hall rumbled as the audience was treated to music possibly best described as “psychedelic” — with densely-stacked harmonics that produced a powerful and a special form of music with elements of classical and punk guitar. 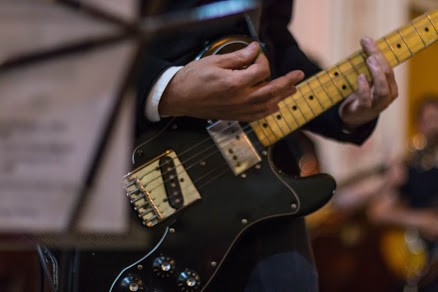