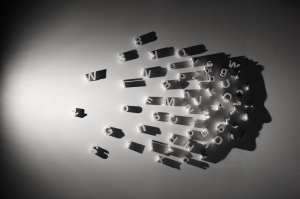 Some are only 3 inches, but others nearly 40 feet.  Some date back to as early as 1796, others may have existed since only this year.  There are 50 of them… and the Smithsonian National Portrait Gallery’s collection is the first major museum exhibition to fully explore silhouettes in terms of their “rich historical roots and powerful contemporary presence.”

The exhibit is called “Black Out: Silhouettes Then and Now.” 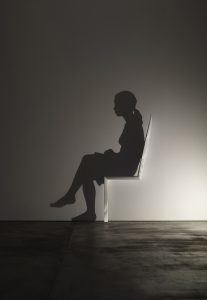 Among the historical works are those by Auguste Edouart and William Bache, two of the most well-known silhouette artists of their time. Edouart hand cut more than 3,800 silhouette portraits in America — seven of which are actually known to be of slaves — as well as his portrait of John Quincy Adams. Another rare silhouette in this section is the earliest-known likeness of a same-sex couple, a double silhouette of Sylvia Drake and Charity Bryant from c. 1805–15. 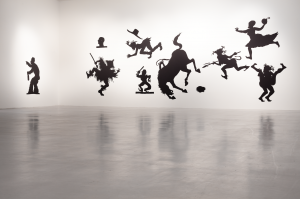