In the Off-Broadway sensation, Buyer & Cellar, now on stage at Shakespeare Theatre Company’s Harman Hall, Michael Urie (Ugly Betty) stars as a struggling L.A. actor who finds himself working in the Malibu basement mall of a Hollywood mega-star.  Yes, you read that right.  Malibu. 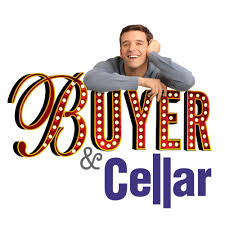 Add in the fact that the Hollywood celeb is none other than *Barbra Streisand,* and you know everything you need to know to judge this play: A gay man talking about Barbra Streisand??!  This is one wickedly funny, outrageous comedy about the oddest of odd jobs.

Urie takes on several roles in this one man masterpiece that is, at its core, about the price of fame.  Working in the “mall” of her own personal belongings Streisand has created in the basement of her California home (according to her own book on design!) Urie’s character, Alex More, begins to bond with the superstar as she comes down to browse (and “buy”?!) her collections.  But while their banter in the basement seems to lead to bonding, More isn’t sure the relationship is for real.  Will he ever make it upstairs?

DC marks the second stop of the production’s national tour, where it stays for only one week (gasp!) through June 29th.  Hurry in for the hilarity!