Let’s give it up for fifteen very special triathletes.  The Nation’s Triathlon — the only triathlon held in Washington, DC — is gearing up for its 10th annual event… and those fifteen have participated every single year. 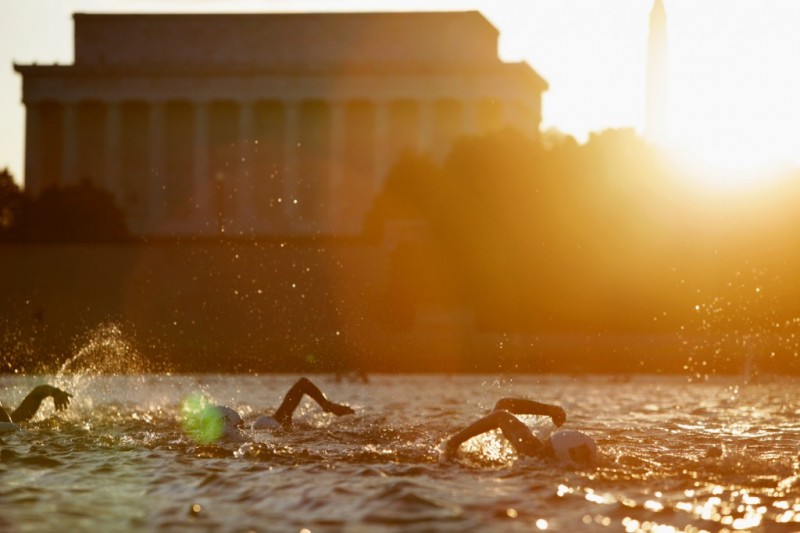 Events DC Nation’s Triathlon To Benefit the Leukemia & Lymphoma Society will take place on Sunday, September 13, 2015, and consists of a world-renowned Olympic distance race and a shorter Sprint distance (that was added last year for the first time).  The prestigious weekend event is famed for a scenic course that winds through the National Mall and Memorial Parks, passes by Washington DC’s historical landmarks, and concludes with a spectacular finish south of the Lincoln Memorial.

“In our 10th year, we want to continue pushing the envelope in terms of staging one of the most distinguished triathlon events in the world in our Nation’s Capital,” said Nick Lynch, vice president of Nation’s Triathlon and TriRock Triathlon Series.

And building off of the success of its eight-year partnership, the Leukemia & Lymphoma Society returns as the official and exclusive charity of the event, which is the only triathlon in the country to benefit research toward a cure for blood cancers. Through the Team In Training program, participants have raised more than $14 million for blood cancer research and patient service programs.

All that and those fifteen athletes that are “tri”-ing it for a tenth time.