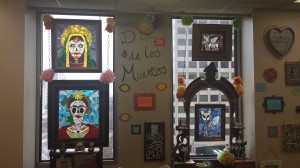 When artists receive whiffs of inspiration, the end products can be pretty unexpected, but filled with talent and skill.

Located near the Crystal City Metro Station, Artomatic officially opened its multiple floors to the public on Friday evening, though it offered special guests a sneak peek in the morning of that same day. More than 600 hundred artists are showcased and visitors will get a chance to see the art at the Vornado/Charles E. Smith property until May 6. 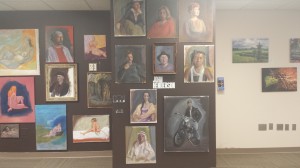 On the sixth floor, visitors could see the different ways that artists express themselves. One artist, Maria Teresa Frescas, made colorful pieces that were like stained glass works, but they weren’t necessarily traditional themes, such as Frida Kahlo, a cat, and a dog. She also did a piece called “Acculturation,” where she paid homage to her dual Mexican and American origins. 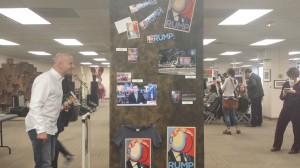 Schumaier, used her art to express the need to be aware of the negative impacts of the declining bee population. Artist Dale McGrath painted scenes that were inspired from his traveling to Tibet, which include “Butter Tea” and “Pilgrims at Samye Monastery Tibet.” Artist Kelly Snyder found her inspiration in the Alice in Wonderland story. 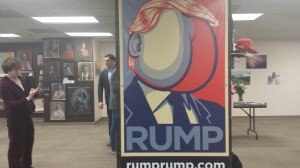 Artomatic guests are encouraged to be interactive with the art space, whether it 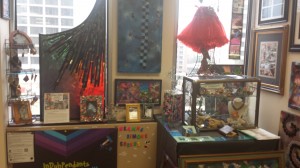 is picking up a business card and contacting the artist, buying a work of art, or simply writing what they think of the artists’ works.

And that’s just the tip of the iceberg! There are still many rooms and floors to explore.