Wearing friendship bracelets given to them by their new friends and fans at N Street Village, Arrested Development played the headlining set Thursday night at Malmaison’s for N Street Village’s Night 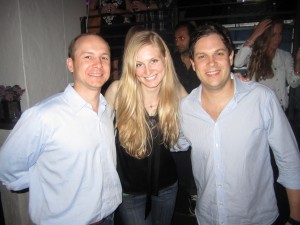 Sessions fundraiser.  The 2x GRAMMY award winning band played tribute to the shelter with its early 90s favorite “Mr. Wendell” as well as popular throwbacks “Tennessee” and “Everyday People” after playing some of their newest tracks. 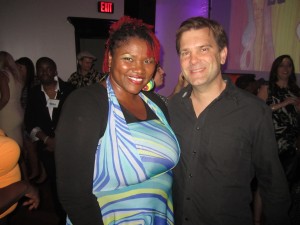 Attendees – changemaking young professionals including Justin Fishkin, Todd Flournoy, Krista Johnson and Farleigh Jewett – enjoyed cocktails and a Sugar & ICE candy bar before the intimate concert of lively music and dancing.  Funds raised supported the work of the city’s largest provider of services for homeless and low-income women in DC.

“I just want to say thank to to everybody for coming here tonight,” said AD’s Speech as the performance came to a close.  “We’re all in the same room together for one cause this night.  And I think it’s really the best thing that we could have done on this night tonight.”