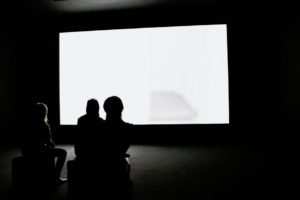 premiere films. Both films will premiere through the venue’s new Supper Club.

Premiering June 12, May 22, 2020, a filmed docudrama, directed by Arena Stage Artistic Director Molly Smith, captures one day in the life of the DC region.  It features interviews with ten DC area subjects, ranging in age from 18 – 89, and from a variety of backgrounds. From these rich conversations, writers composed original monologues, a window into radically changed lives during the COVID-19 pandemic which will be filmed with Washington actors. Featured playwrights include Randy Baker, Audrey Cefaly, Annalisa Dias, Caleen Sinnette Jennings, Aaron Posner, Psalmayene 24, John Strand, Gregory Keng Strasser, MaryHall Surface, and Karen Zacarías.

“The concept of May 22, 2020 is to capture a moment in time that will never occur again,” states Arena Stage Artistic Director and film director Molly Smith. “We are being hyper-local here as the interviewees, writers, directors, actors and video makers are all from the Washington, D.C. metro area.  Our purpose as a regional theater reflecting our city is a powerful motivator. This part of America is unlike any other part of America and we want to capture it. Docudramas are immediate and full of individual stories.  Newspapers do a brilliant job of this type of storytelling and this is our opportunity to catch the zeitgeist of the moment through filming ten monologues that range from an emergency room nurse to a beekeeper to a DC Detective.”

Premiering on June 19 Inside Voices: a film by Arena Stage’s Voices of Now ensembles is a visual time capsule of the experiences of over 120 student artists, directed by Ashley Forman and Mauricio Pita.

“Inside Voices: a film by Arena Stage’s Voices of Now ensembles is an opportunity for young artists to respond to and process this global emergency through creating art,” shares Anita Maynard-Losh.  “It is also an opportunity for the community to have a unique artistic record of what these young people have experienced at this historic time.”

Patrons are invited to livestream either or both films from the comfort of their home as part of the newly created Arena Stage Supper Club.  They will be able to dine on delicious fare delivered to their door from area restaurant partners while watching the live premieres. Cuisine options include seasonal American cuisine from RIS, flavorful barbecue from Cinder BBQ, and savory dishes from Geppetto’s, RSVP, and Ridgewells Catering.

Additional information on how to watch the films and purchase a Supper Club can be found here. Dinner prices for the Supper Club range from $60 to $99 per two persons.