Union Market is on Miracle-Gro.  Just when you think it can’t get any bigger, better, or busier, it adds… an Angelika Film Center! 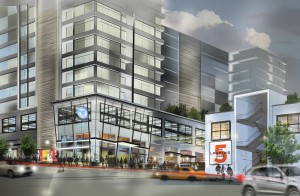 Since opening in September 2012, The Market at Union Market boasts over 40 local artisan food and beverage vendors and has held over 100 events for the tens of thousands of visitors it sees each week. With the opening of the Angelika in 2015, the Market’s entertainment options are growing exponentially, as the multi-screen cinema will also serve a food and drink menu designed by Food Network/Cooking Channel veterans, Bruce Seidel and Chef Santos Loo.

The Angelika exhibits a broad range of film and alternative programming.  A similar Angelika Film Center has seen success in the nearby Mosaic District.

*Renderings and images provided by EDENS

Previous Post: The Goods on Daikaya… and Daikaya Do-Gooding
Next Post: A Christmas Carol Plays at Ford’s Theatre