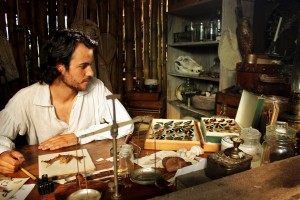 Most likely you have heard of Charles Darwin, but he isn’t the only person who has made a marked impact on the scientific world.

At the Smithsonian’s National Museum of Natural History, the movie “Amazon Adventure” premiered — in 3D! — at the museum’s Samuel C. Johnson IMAX Theater.

Watching the movie with 3D glasses gave viewers the opportunity to put ourselves in the shoes of the people acting in the film – we could see insects up close or feel as though we are surrounded with sounds of nature. 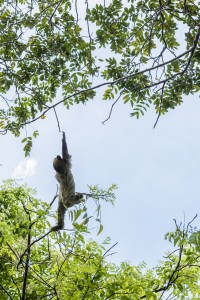 The movie is based on the true story of Henry Walter Bates, the British man who felt an itch to travel and expand his knowledge of the natural world around him – in the movie, the Bates character said that there were only 60 kinds of butterflies in England, while he found way more than that number in the Amazon. His work, which involved careful observations and analyses of butterflies, eventually helped Charles Darwin (Bates’ hero) prove his theory of natural selection.

Diane Carlson, who works at the Pacific Science Center, said one of the goals of the movie is to get children who are seven years or older to be interested the natural world around them. She said that many kids today do not spend a lot of time in nature.

Calum Finlay, the actor who played Bates in the movie, said that there aren’t enough people who know him and he hopes this movie will Bates more recognition.

“It’s the story of an underdog,” he said.

Want to see the movie for yourself? Tickets for the movie, which premiered on April 18, will be made available as early as Friday, April 21.