“Admission” (n.) is a word of dual meaning. It can mean “the process or fact of being allowed to enter a place, organization, or institution,” but it also can mean, “acknowledging the truth of something.” Joshua Harmon’s riveting Admissions at the Studio Theater embodies both these definitions in all their thorny complexity. 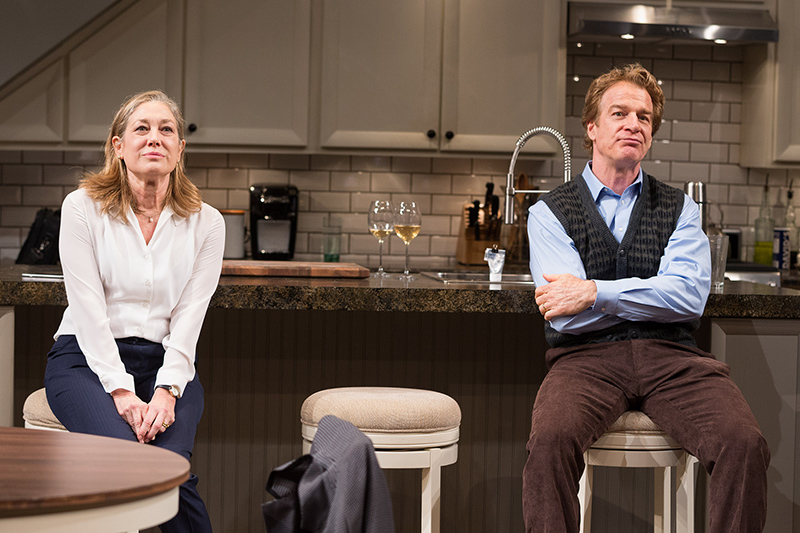 Once again Studio Theater forges boldly into the muck with the newest work from the scribe of popular Bad Jews, delving deep into the hypocrisy of progressive white piety. Bill (Kevin Kilner) and Sherri (Meg Gibson) Mason are the white, progressive-and-proud headmaster and dean of admissions at Hillcrest, a tony New Hampshire boarding school. Sherri has dedicated her life to diversifying the school’s white population, finally reaching the Holy Grail of 20 percent. But when their son Charlie’s (Ephraim Birney) Ivy League dreams are jeopardized, the family’s reaction blasts open a deep rift between their public values and private decisions. We all cringe as they contort to avoid the uncomfortable truth: In order to give someone a seat at the table, someone else has to give up their place. No one seems willing to move. 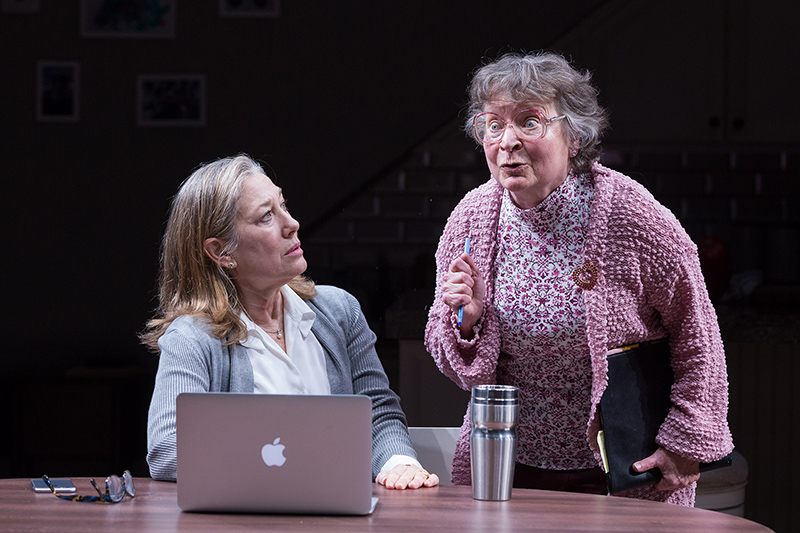 Harmon’s script moves swiftly. Under the direction of Mike Donahue, the cast delivers superlative and genuine performances as well-intentioned but complacent liberals squirming in the chasm between actions and words. Gibson gyrates to claim the title of white ally while delivering some of the most cringe-worthy, obliviously tone-deaf lines. Her struggle harnesses an impressive range of understated expression and inflection. Birney shows notable vocal mastery delivering a marathon screen that is intense, comic, and perturbing. While Kilner’s obvious talents are limited by more wooden lines, his presence is absorbing. All revolve in the bubble of Catie Hevner’s Williams & Sonoma catalog kitchen of benign affluence. In smaller crucial roles Sarah Marshall’s pitch-perfectly timed Roberta and Marni Penning’s uncensored Ginnie humanize the drama, cracking through the Mason kitchen naval-gazing to acknowledge alternative existences.

It’s a biting comedy. It’s an excoriating drama. You don’t want to miss being admitted entry to this no-holds barred look at privilege, power, and the perils of whiteness. 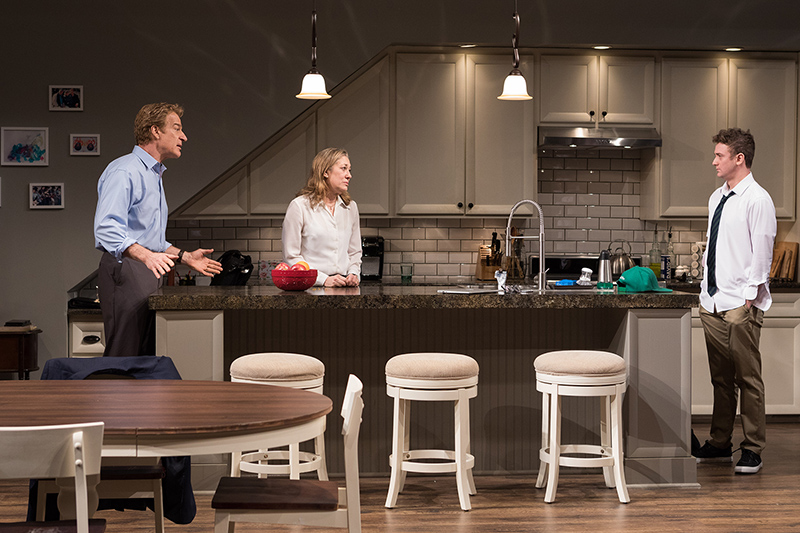