Nearly 400 patrons, members, and friends of the National Museum of Women in the Arts (NMWA) —oh, and Her Imperial Majesty 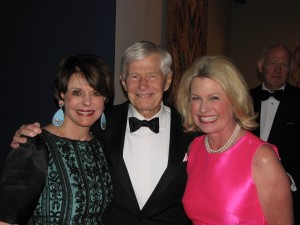 Her Imperial Majesty, who served as Honorary Chair, was not the only dignitary present at the black-tie event. Members of the royal family, including  Princess Yasmine Pahlavi and Princess Noor Pahlavi, attended, and Elena Poptodorova, Ambassador of the Republic of Bulgaria, served as Honorary 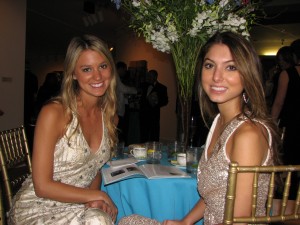 The museum, of course, is truly fit for royalty. Soaring ceilings, gorgeous chandeliers, grand marble staircases, and a fantastic array of artwork. Guests first arrived on the museum’s second floor, where they could visit the “Workt by Hand” exhibit, a special exhibit of American and European quilts from the Brooklyn Museum’s renowned decorative arts collection. Climbing the marble staircase to the third floor for the cocktail reception and silent auction, guests found themselves among some of the most vibrant and unique art by women artists, from classical works, to impressionist paintings, to modern sculpture.

Attended by The event raised about $520,000 which will support the museum’s exhibitions and educational programming, including one of NMWA’s signature programs, Art, Books, and Creativity (ABC), which benefits fourth- and fifth-graders in the Washington, DC public schools.