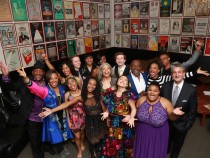 Purple Rain was in the forecast for the DC-CAPital Stars Fundraiser at The Kennedy Center for the Performing Arts last Wednesday.  Locally produced talent, from across all four Wards, took the stage at the Eisenhower Theater to compete for college scholarship funds and to pay… Read More

The Washington area public has selected the 10 finalists for the Fifth Annual DC-CAPital Stars Talent Competition. These talented DC high school students will showcase their artistic abilities at a special performance at the John F. Kennedy Center for the Performing Arts. That evening, a… Read More 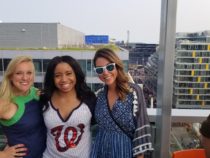 Homewood Suites by Hilton pitched its rooftop — in the heart of DC’s fastest emerging neighborhood — with some fandemonium last week. An official partner of the Washington Nationals baseball team, the hotel is offering some once-in-a-lifetime experiences for die hard fans this season, including… Read More 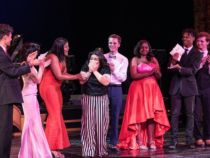 The theme was British Invasion at the 11th annual DC-Capital Stars, which took place on Tuesday, April 10 at The John F. Kennedy Center for the Performing Arts in the Eisenhower Theater. The annual fundraiser, celebrating 20 years of DCCAP’s mission to encourage and enable… Read More 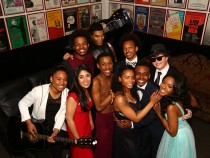 The top 10 DC public and public charter high school student DC-CAPITAL STARS finalists, selected via a city-wide audition and public voting process, will take center stage and compete for college scholarships at The John F. Kennedy Center for the Performing Arts for the 8th… Read More