Top foodservice industry professionals and their foodie fans gathered at the Walter E. Washington Convention Center this week for the 36th Annual RAMMY Awards.  Not only was there anticipation as Restaurant Association Metropolitan Washington (RAMW) announced winners in 21 award categories, but the night also served as a mouthpiece for the industry surrounding the upcoming June 19th Initiative 77 vote to decide whether to eliminate the tipped minimum wage. 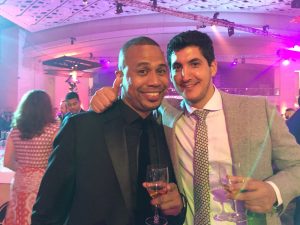 “What do restaurants mean to Washington, DC? And what do restaurant workers mean to our city?” contemplated DC Mayor Muriel Bowser, in attendance to honor awardees.  “The truth is that our economy is largely driven by hospitality.  It is largely driven by people going to restaurants for breakfast, lunch, and dinner to have fun; For conventioners to bring big groups to our city and enjoy the experience.  And we know it’s our restaurant workers who are at the heart of that experience. So let me say from the bottom of my heart ‘Thank you.'”

“So people ask me, ‘Bowser, What are you going to do on 77?’ and I say, ‘Well, I’m not voting for 77, and you shouldn’t either.’  But more than that, I said, ‘Don’t ask me.  Ask the workers what they think.’ And what I hear from them, because I’m in restaurants almost every single day, is that people are spending money in our restaurants and leaving great tips… and that is how our workers are supporting their families and affording a great quality of life in our region.” 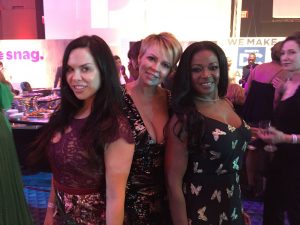 Among those great restaurants providing an amazing DC experience were the 2018 RAMMY Award winners:

Favorite Gathering Place of the Year: The Daily Dish 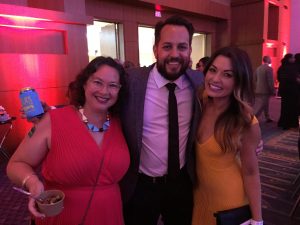 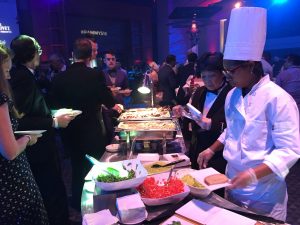 Service Program of the Year: minibar by José Andrés

New Restaurant of the Year: CHIKO, and

The selection process for the winners involved two esteemed groups, the voting public and an anonymous panel of volunteer judges, consisting of food and dining journalists, educators and foodservice industry professionals. The voting public decided the winners in four categories (Favorite Gathering Place of the Year, Upscale Brunch, Everyday Casual Brunch and Favorite Fast Bites) and you’ll decide your favorites as you make reservations NOW to try out each of these places for yourself.  And head to the polls to support on June 19th!